A General Purpose Work Rig and Ice Cream Truck in One! 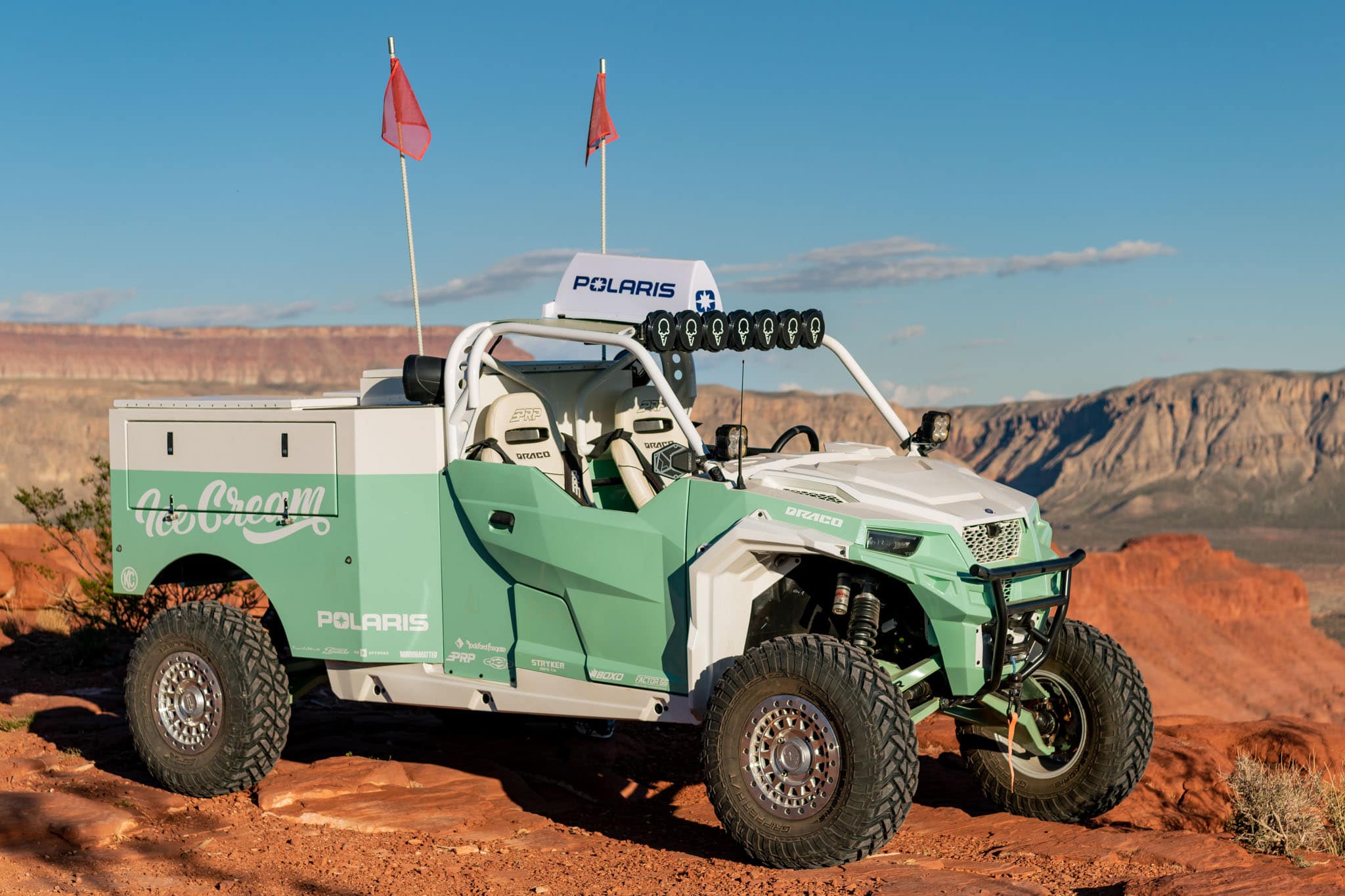 When looking at the wide array of models on the market in the UTV industry these days, it’s easy to gravitate your attention to the high-performance, all-terrain monsters on offer from just about any brand. Machines that are frequently seen in offroad racing series such as BITD or Legacy putting the hammer down through some of the toughest terrains this world has to offer.

However, it’s important to remember the workhorses of the industry. Vehicles that are meant to be used in tough terrain and do heavy jobs. And in the game of general-purpose UTVs, it is impossible to overlook the Polaris General. 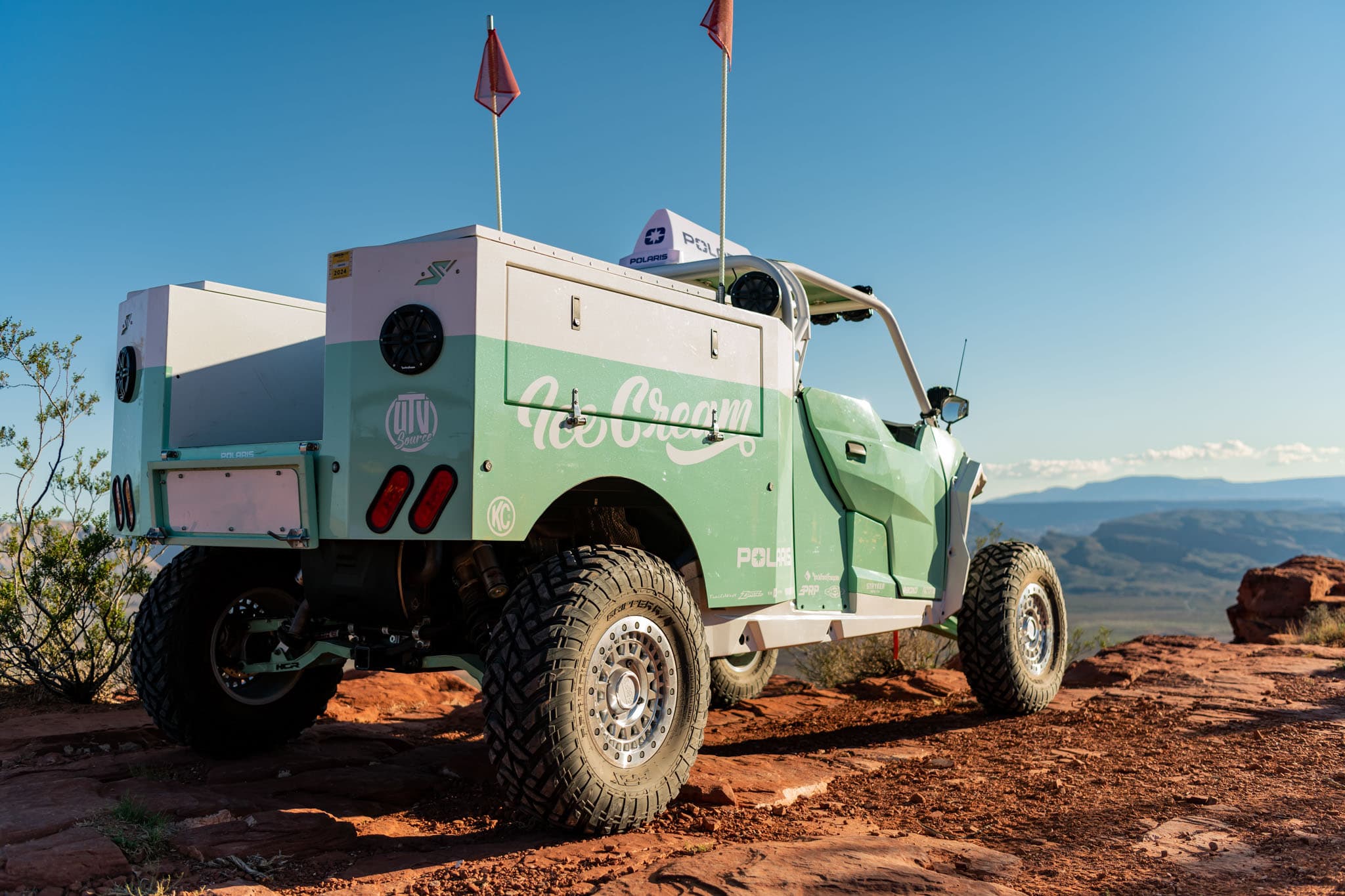 Having made its debut on the scene in 2015, the General has stood the test of time and gained a reputation for being one of the most dependable and capable general-purpose vehicles on the market. With a gamut of models to meet just about any need you can think of, be it two or four doors, factory winches, and a capable towing capacity, the General family can do it for you.

With a production run of seven-plus years, the aftermarket for parts is rich. The more premium models in the range come with goodies already installed. Namely, sport-tuned suspension and some additional track width for the Pro Armor Crawler XG tires to dig in. With many companies making just about any part you could think of adding to your General, the possibilities are limitless — but more on that later. 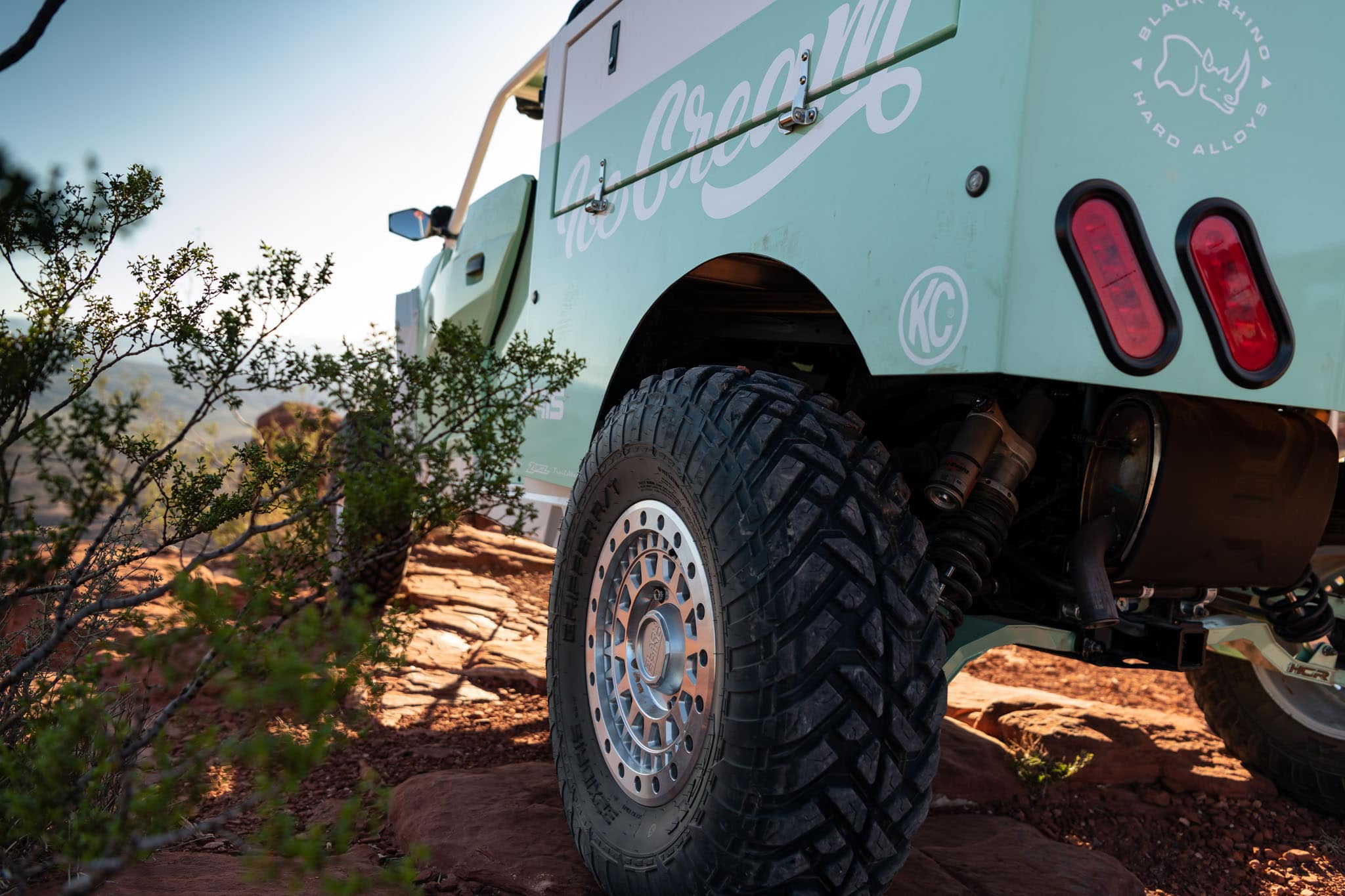 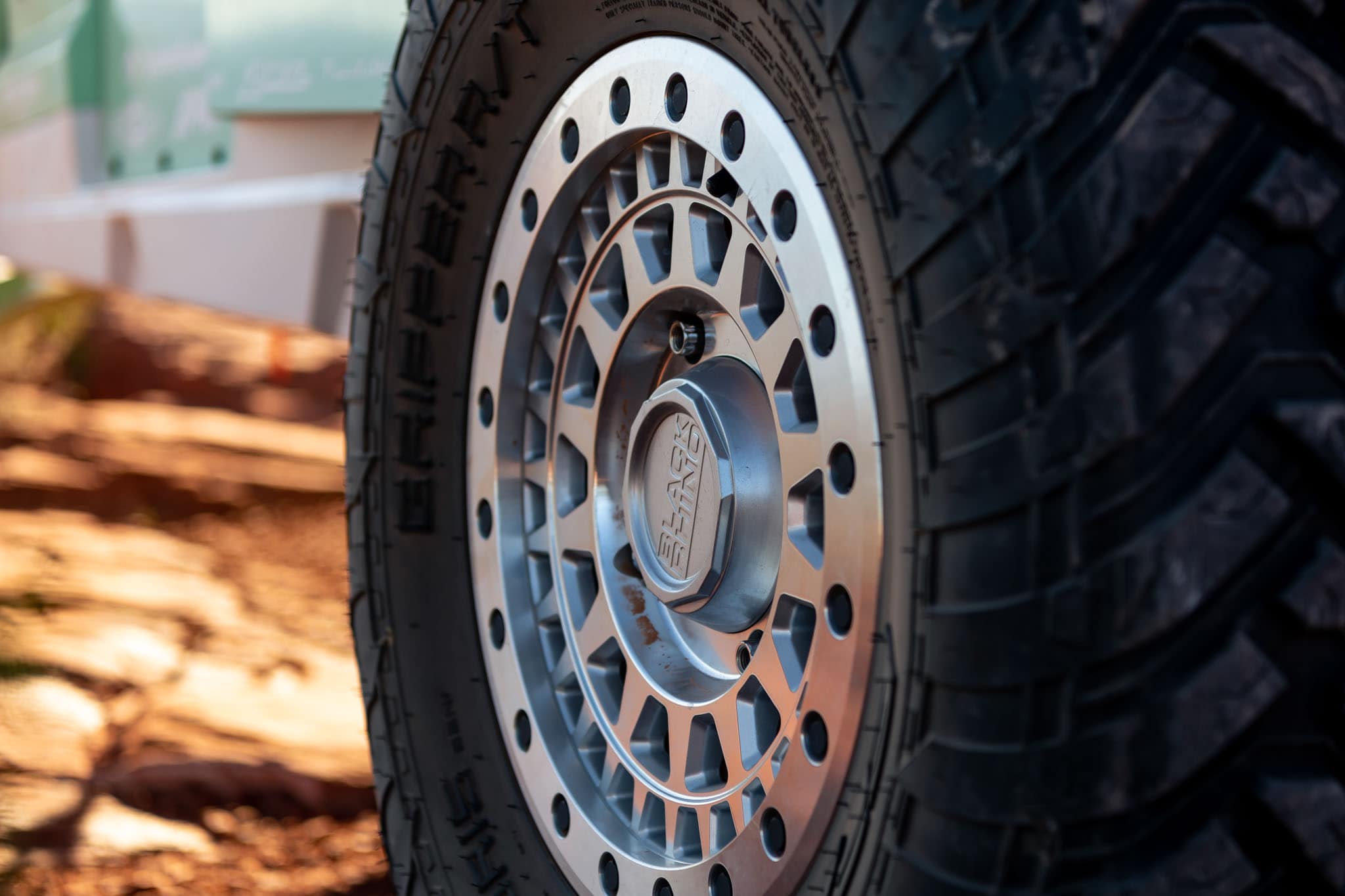 With a 100 hp four-stroke powerplant propelling the General with all-wheel drive, combined with its serious suspension travel and formidable ground clearance, it’s no wonder how many homes have found a place for a General in their stable for tough work in remote places. With the same engine as the RZR, with a more conservative tune, the General maintains similar performance and shouldn’t feel too far behind its more powerful brother. But with all the time engine builders have put into RZR motors, tuning potential is sky-high should you choose to amp things up a bit. 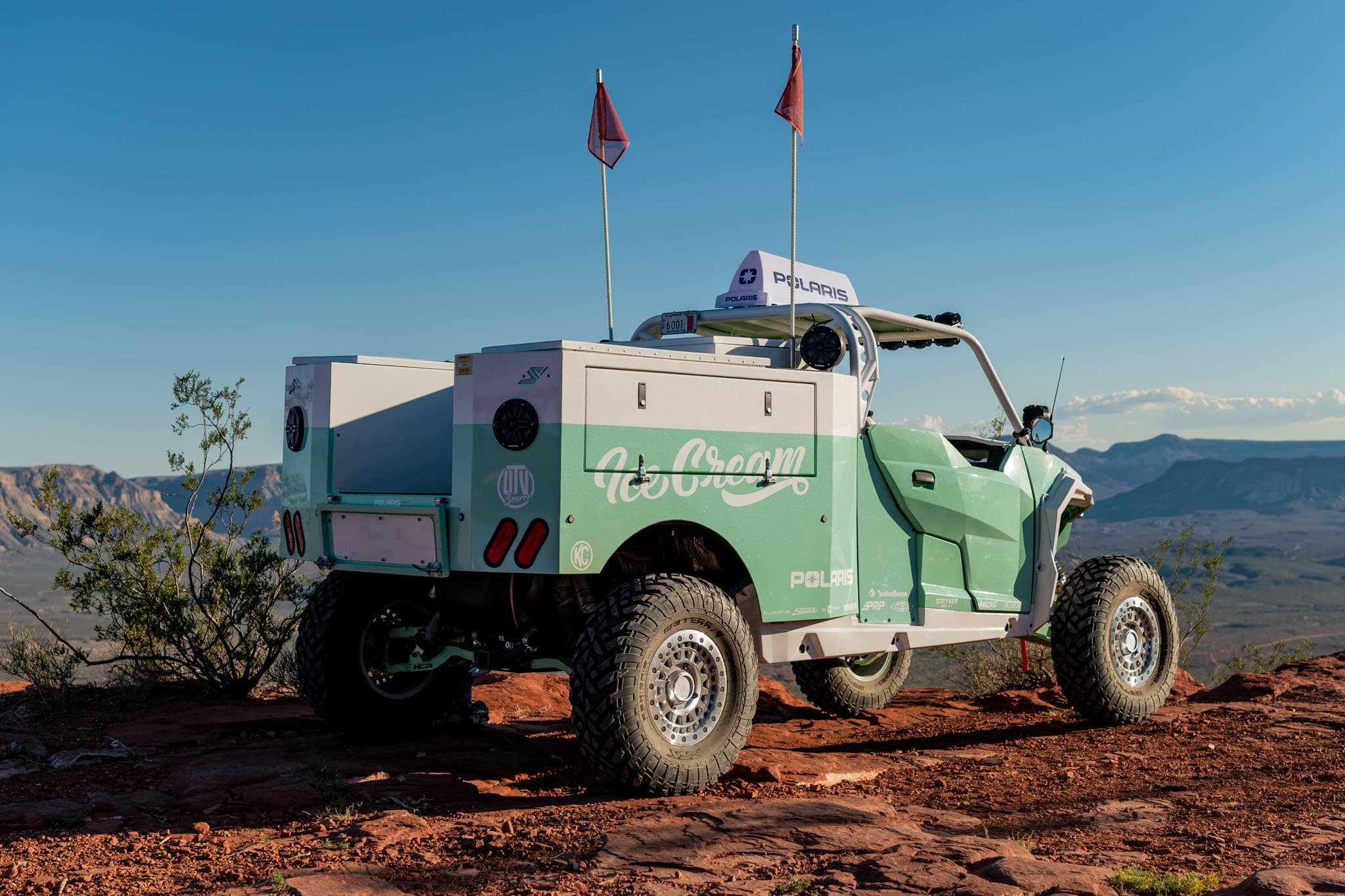 With this much power, it’s important to underline how much confidence you can have in the General. With Polaris’s fantastic suspension, you can easily tackle rocks or deep dirt, and with a 4,500lb winch included, you know that whatever may happen you have the tools needed to get going again. With 13” of ground clearance on 30” tires from the factory, getting one stuck is quite the task. 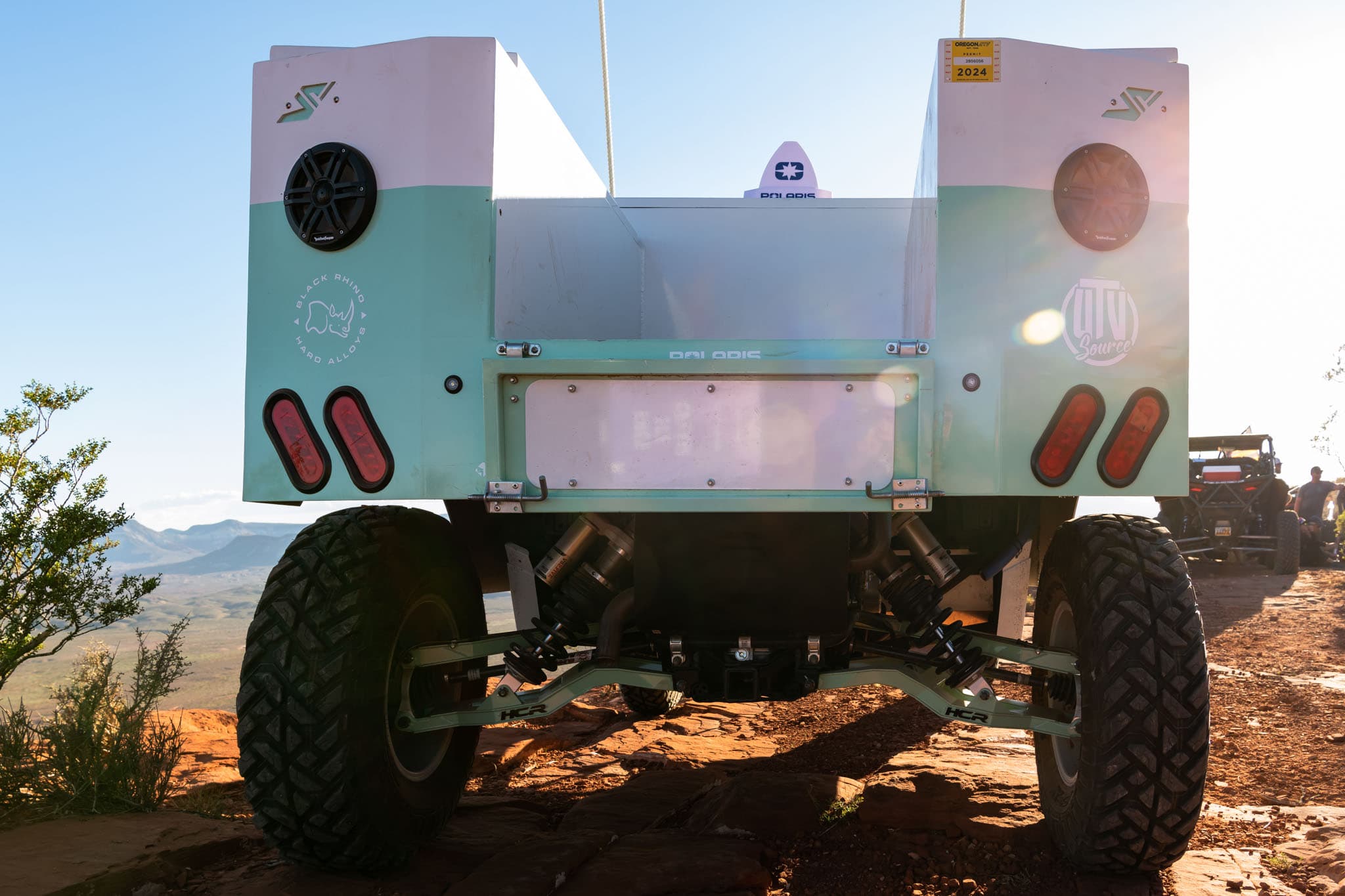 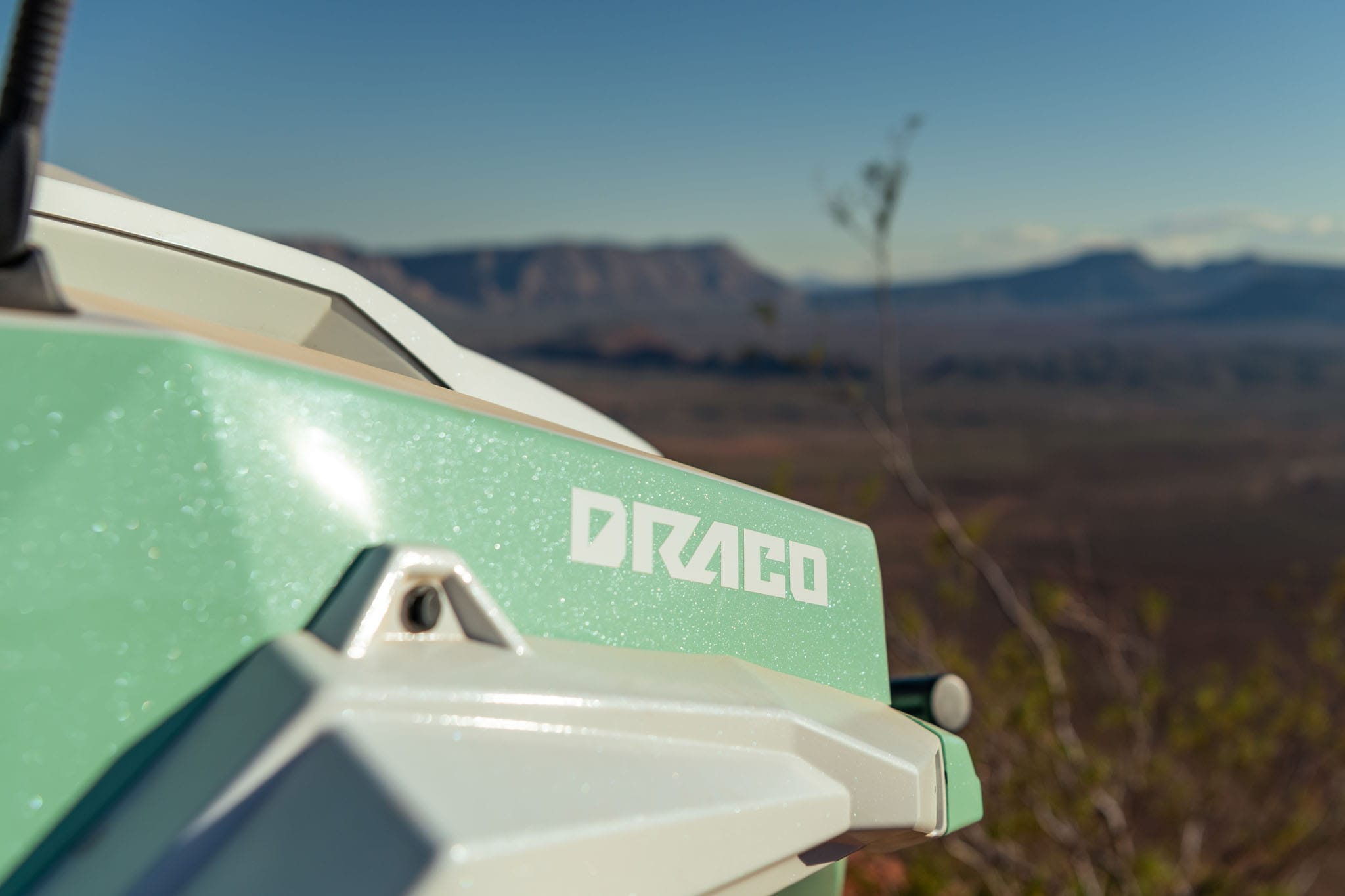 Although it may be more focused on the utility market, the General certainly isn’t a slouch to drive. It has the full suite of features that one can expect from a Polaris, including its ride command system, giving you some great situational awareness. Being capable of having some fun and tackling the job is a fantastic set piece for a model, and while more high-performance models like the RZR exist, the General wins out on having the utility to take on some more serious jobs.

With a fantastic list of accolades such as its 1,500lb towing capacity, and 1,100lbs of payload capacity to boot, the inclusion of a 600lb cargo dumping box is just a cherry on top of what this platform can do. And this is all from the factory, ready to go as soon as you get your hands on one. In addition to these great specs, the General itself offers plenty of room and versatility with cargo storage and has some great places you can add whatever kind of storage you need in addition to the 600lb box. 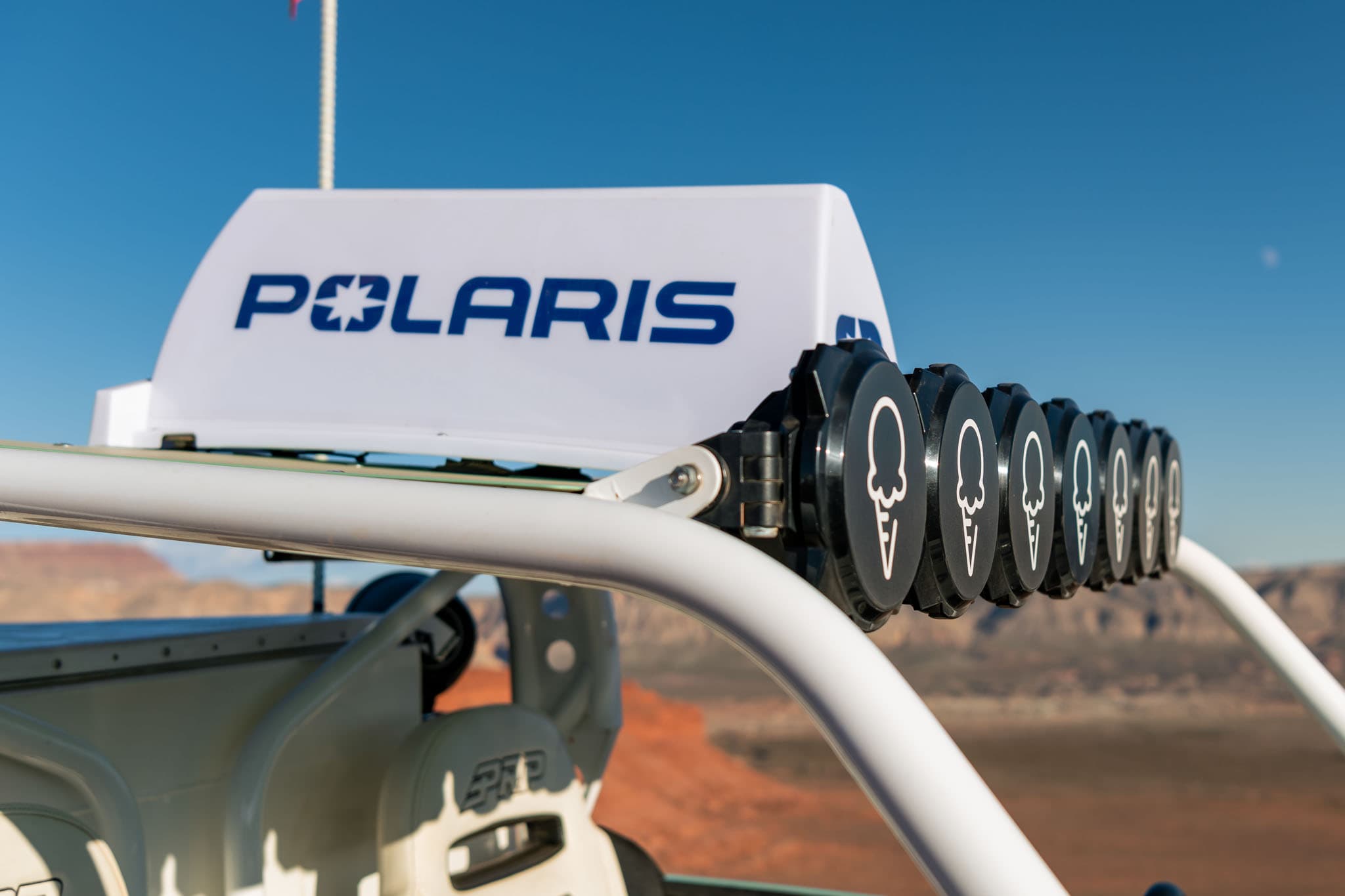 And further backing this performance is the capable fuel consumption. While not typically something a sport enthusiast may look for, in a utility-centered vehicle like the General, the ability to go a long way without stopping adds a lot of additional capability for just how far the machine can take you.

Despite having all this utility and performance, the General still manages to have a very comfortable cabin. With a sporty feel, great cabin comfort, and a rock-solid chassis backed by a major industry name with years of reputation, the General just has a great deal going for it.

Even more as a selling point, the General comes in at a reasonable price, especially if you take in exactly how much capability you are getting for the price. With such a great overall package that you can really make your own, and tailor-fit for whatever purpose you may desire, it really is no wonder how popular the General has become. 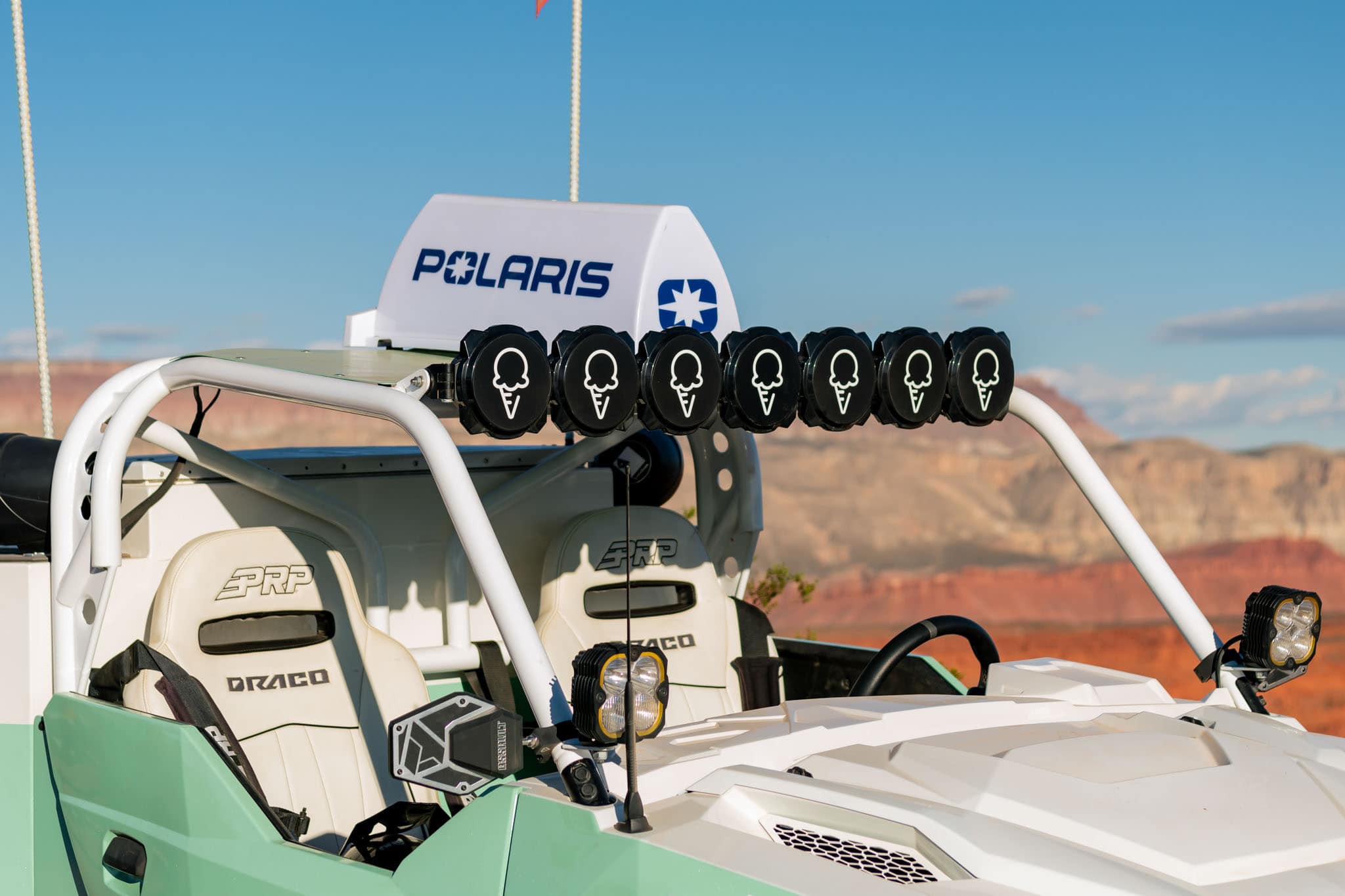 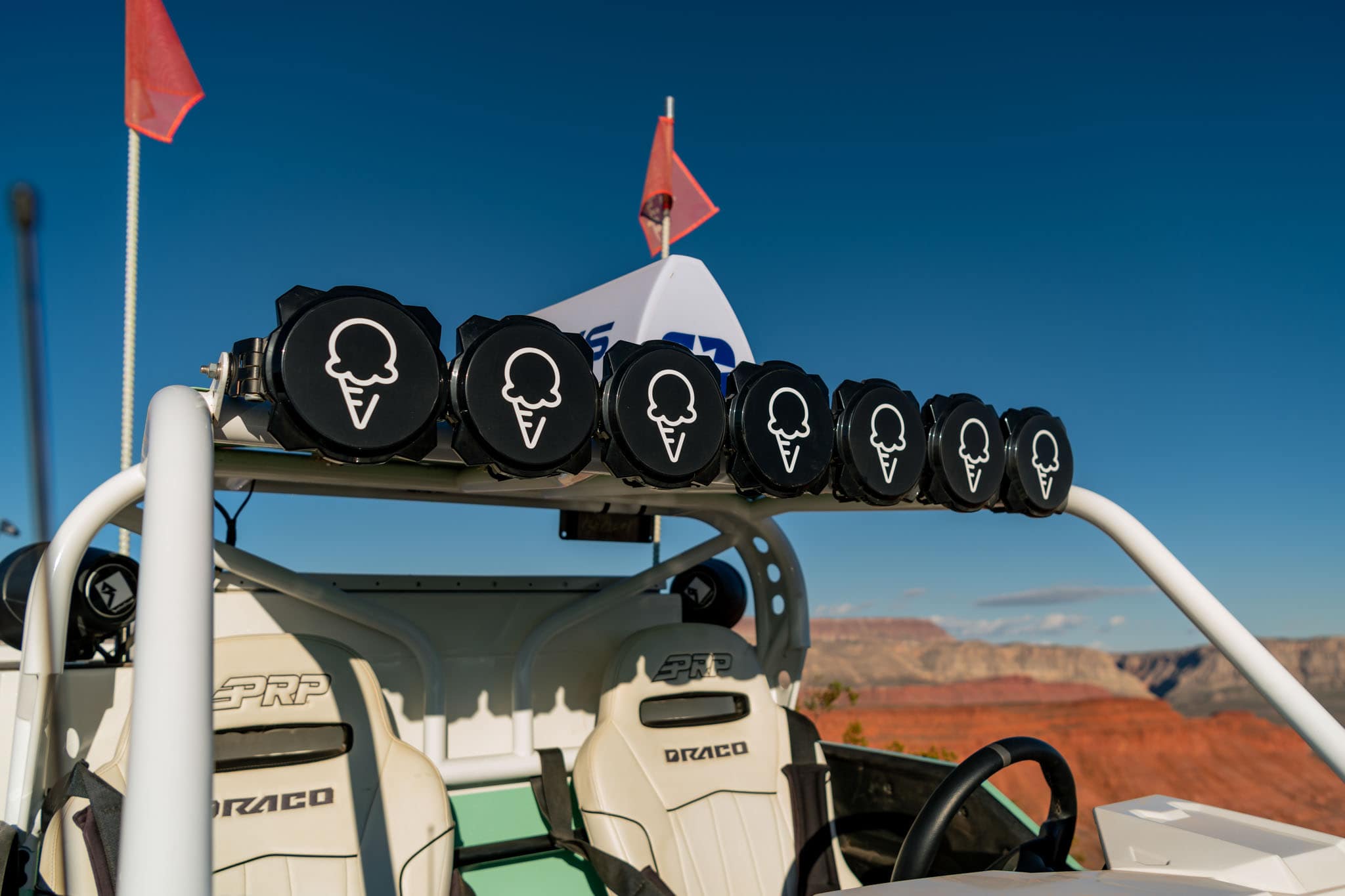 And builds on the General platform certainly have a wide range. Just one google search can show you a wide variety of builds that people have concocted to transform a factory general-purpose all-star into their own little monster. Ranging from Polaris’s own ice cream truck to Generals built up to haul mountain bikes, and of course, more Generals tailored for overlanding adventures. It’s truly incredible to see what people have made using this UTV as a starting point.

With confidence-inspiring handling, power on tap, and a great all-purpose platform, it’s no wonder that many choose the General to serve some interesting purpose-built needs. With a range of options, from converting to a flatbed for more utility to mounting rooftop tents or storage racks, to even coolers of ice cream. Yes, coolers of ice cream. 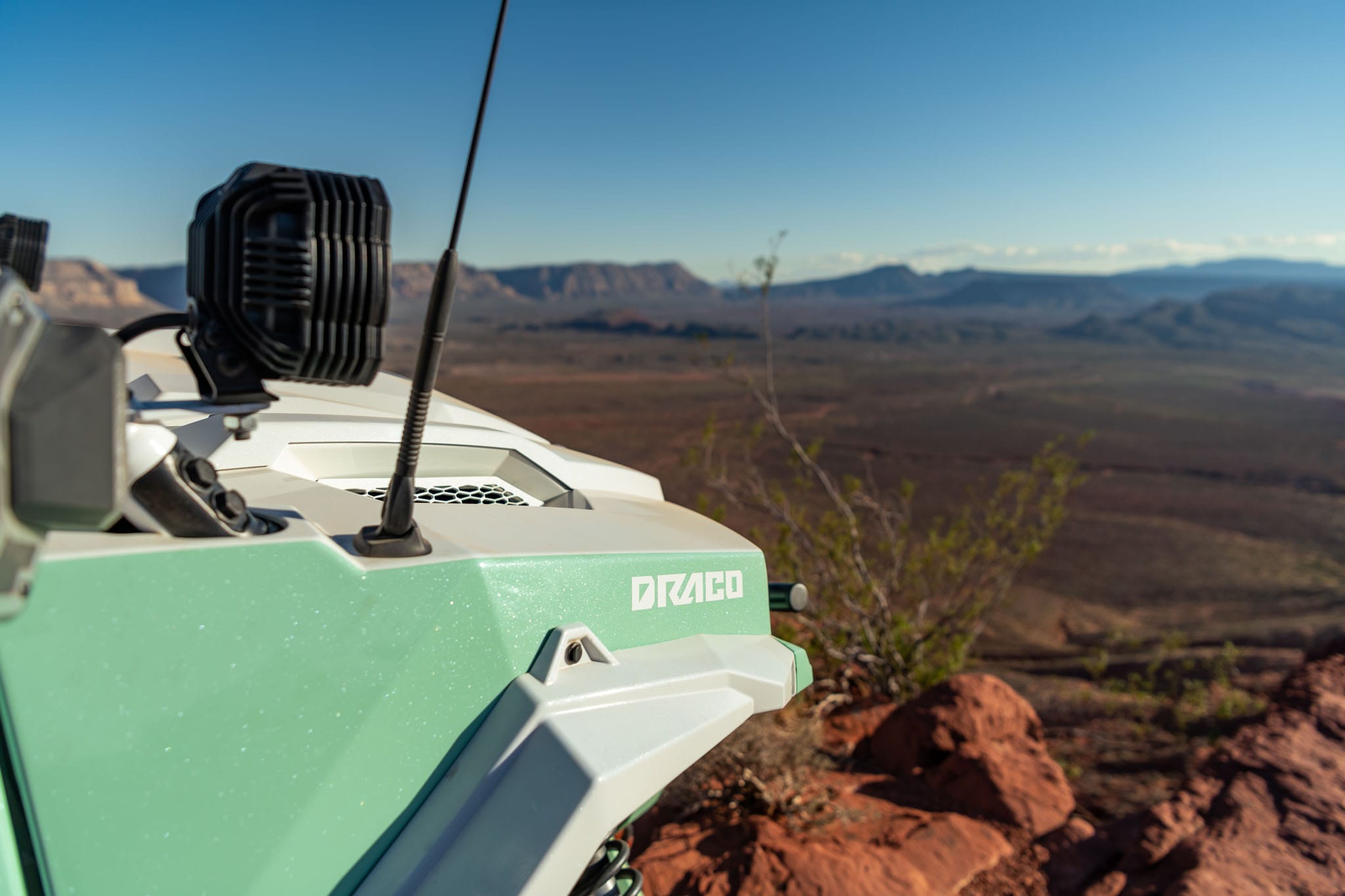 If you were at Sand Hollow this year, you would have been hard-pressed to miss Polaris’s ice cream truck built off the General. Equipped with a nice mint green finish and hauling a load of the sweet cold good stuff along with it, it was an event for all to witness. With so much capability in such a convenient package, the General makes for a surprisingly great ice cream truck- you know, for those hard-to-reach cul-de-sacs.

The General is just one of those platforms that lets you run wild with your imagination on where it can take you, and what you can make it into. Polaris making a General into an ice cream truck to please the masses at Sand Hollow just underlines this fact. With this idea landing as such a hit, it’s sure to inspire some even more creative builds off the General platform, which we are looking forward to seeing. 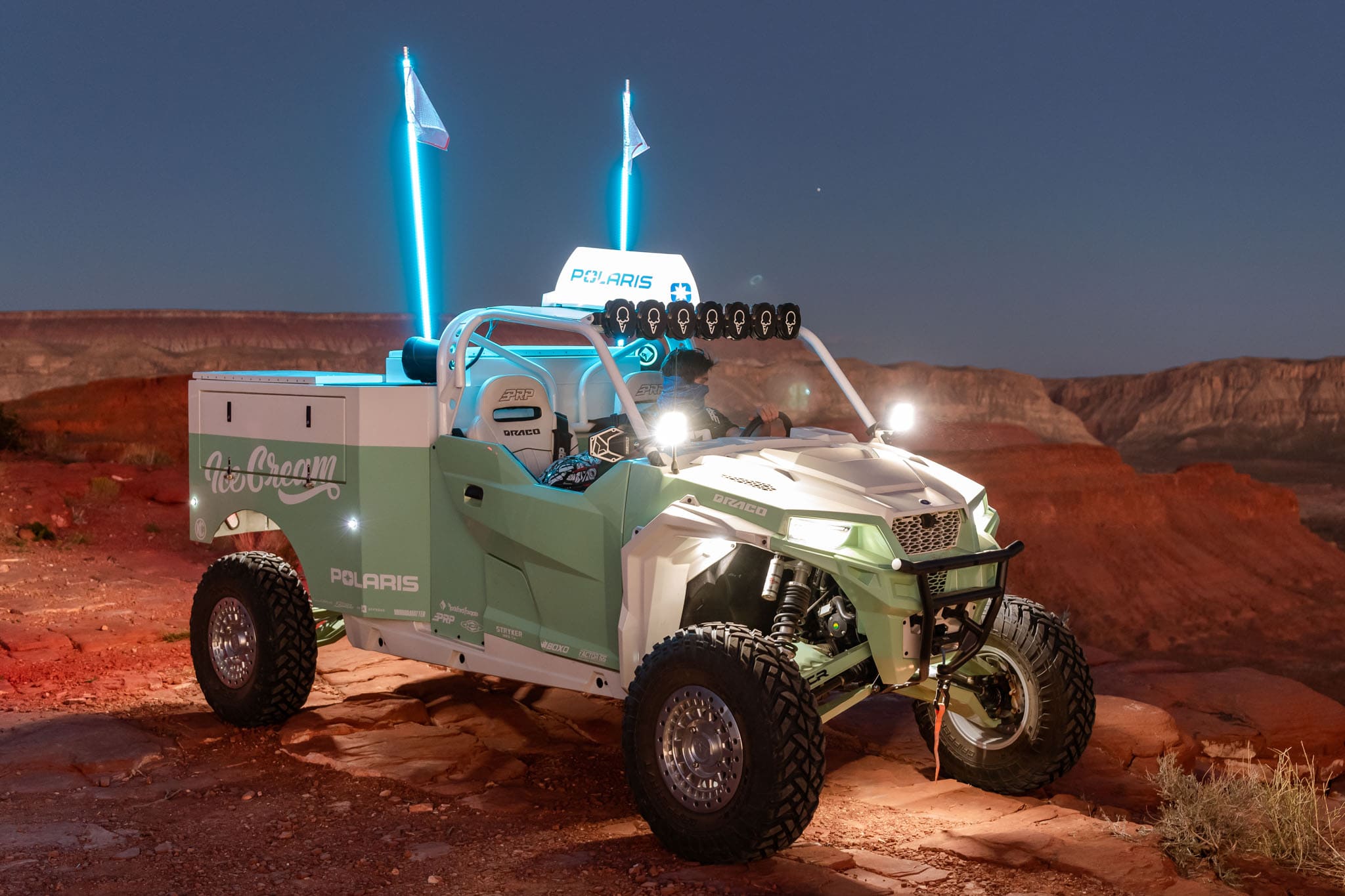 If the minds at Polaris can make a go-anywhere Ice Cream truck out of the General, it’s not hard to imagine other possibilities you can take. Anything ranging from the useful to the strange, the General is a great platform to take and really make yours with any of the wide arrays of parts on offer. With so much fun and capability in one package, the General really has something to offer to just about anyone in the market- be it sweet or serious. 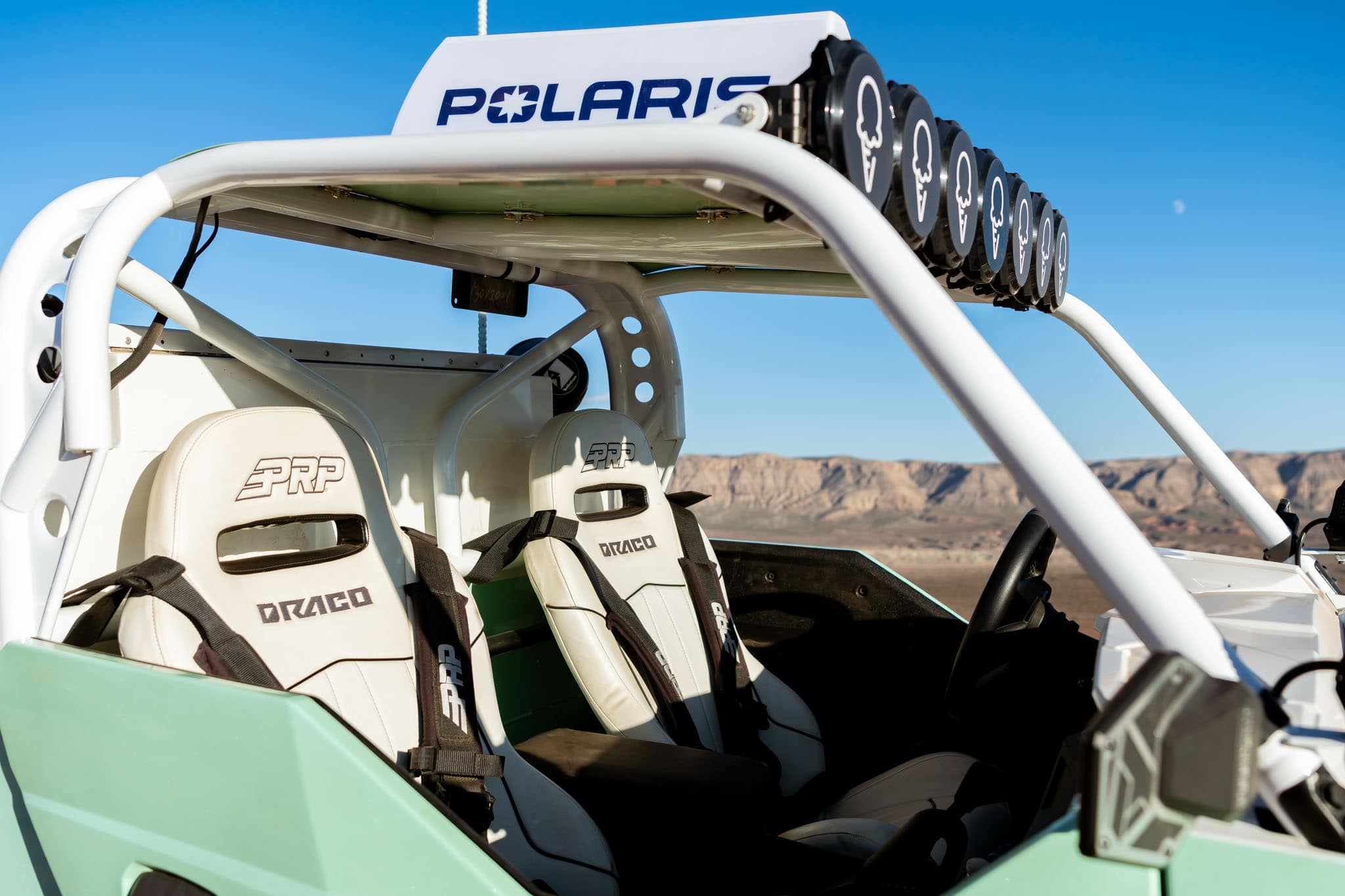