Story and Photos By: Brandon Bunch

Normally on any given December weekend in Glamis, the dunes are filled with friends and family enjoying the sand, with drive-through tourists stopping at the top of the Hugh T. Osborne Lookout Park to take in the wild and beautiful sight of the dunes. But leading up to December 10th and 11th, the Lookout parking lot was taken over by the Red Bull crew as they were prepping for the inaugural Red Bull Sand Scramble. The 2.8 mile course wound from the Finish Line in front of the Lookout Park, down and back up to Sunset Hill, then over and down to the base of Competition Hill where the Start Line resides, sending Pro and Amatuer racers up the Hill and back through the Finish Line. 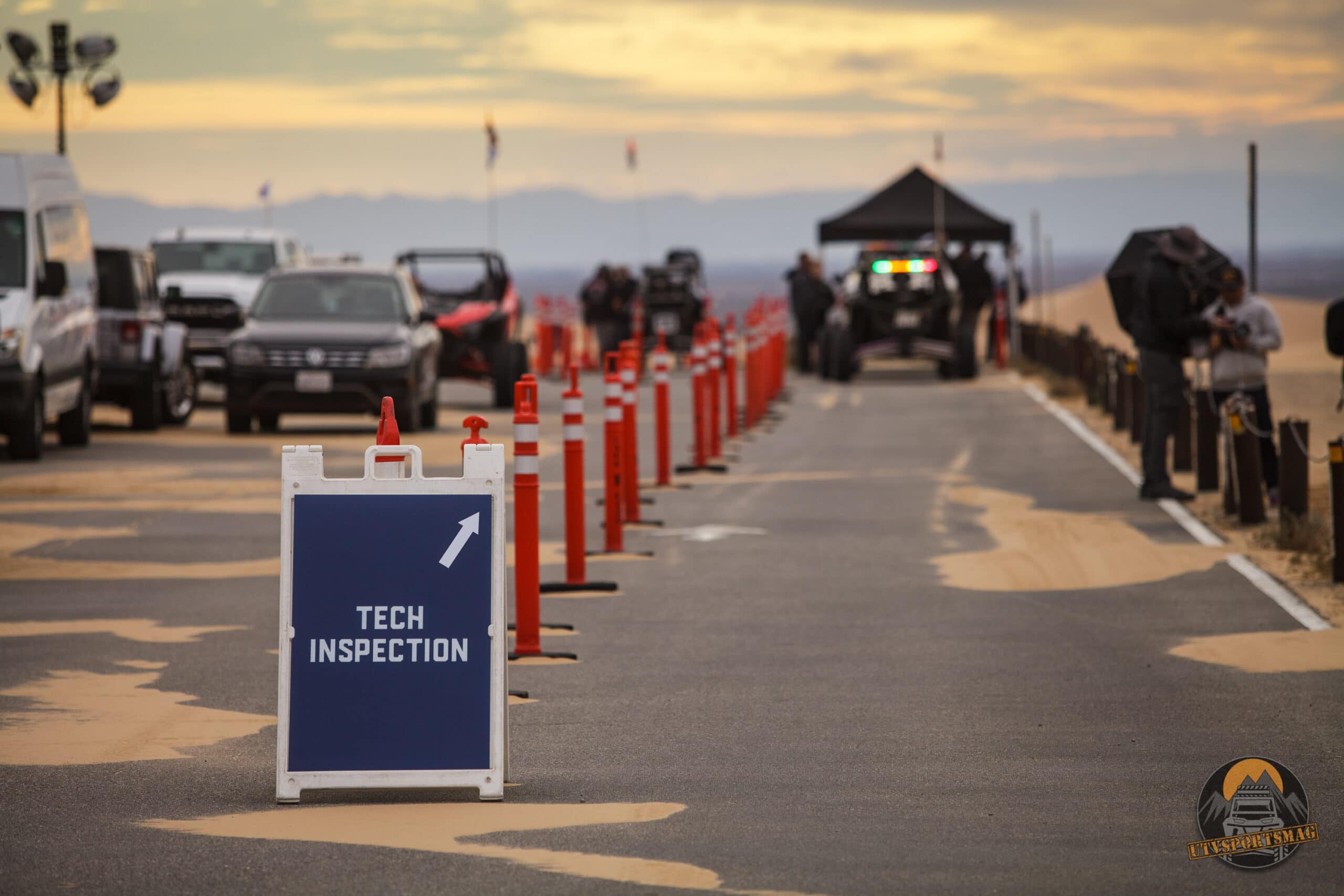 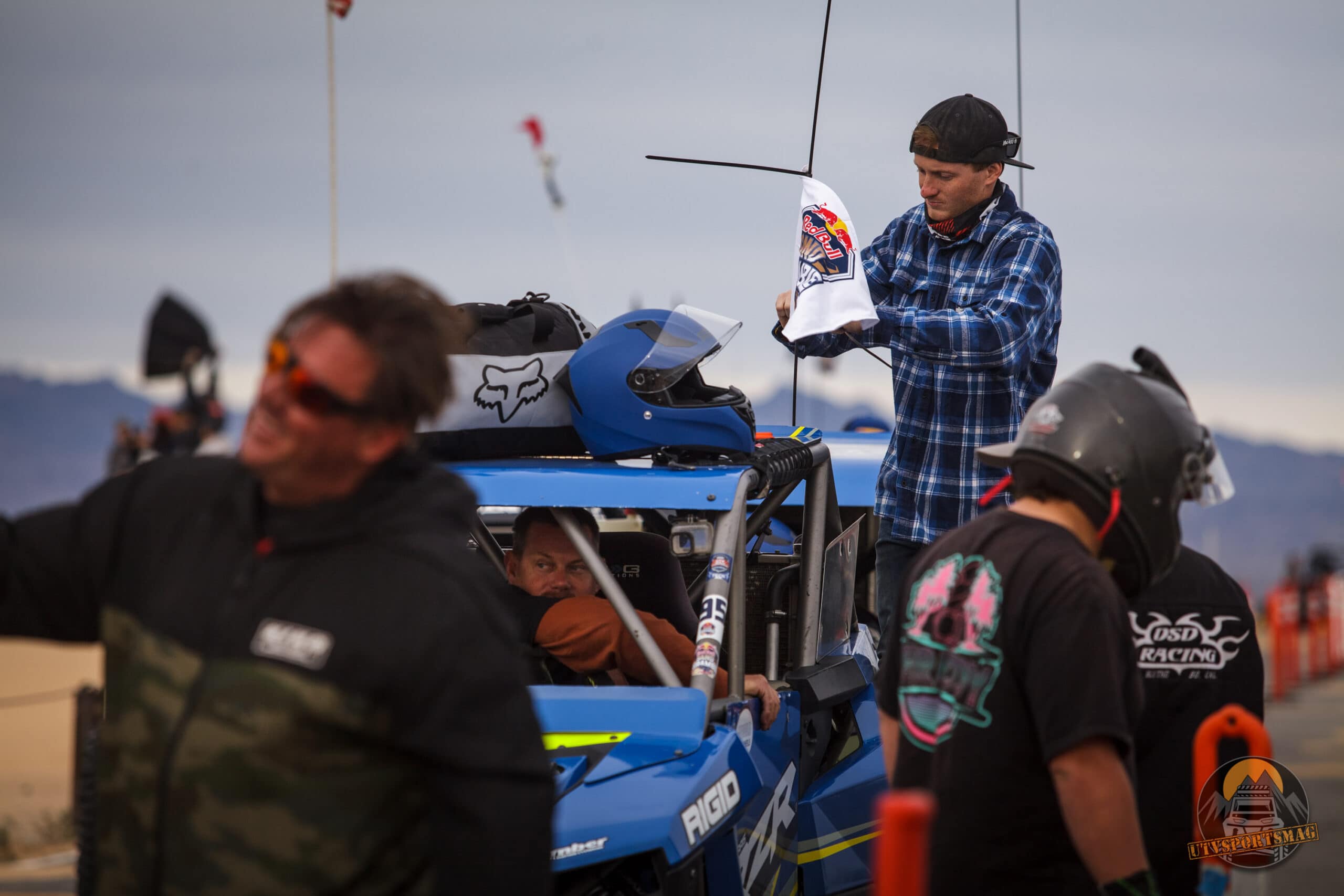 As the third race this year in the Scramble Series, the Sand Scramble would be the first-ever multi-lap head to head race to take place in the Glamis Sand Dunes. Racers arrived on Friday to roll through Tech Inspection at the Lookout park, while we also arrived the same day to get checked in at the Red Bull Hospitality trailer, and were lucky enough to hitch a ride with Mitch Guthrie Jr and Seth Quintero to get a lap around the unique race course. For a dune guy, the course would basically be a walk in the park, but those who were unaware of the pitfalls of sand dune riding could—and would find trouble at every turn. 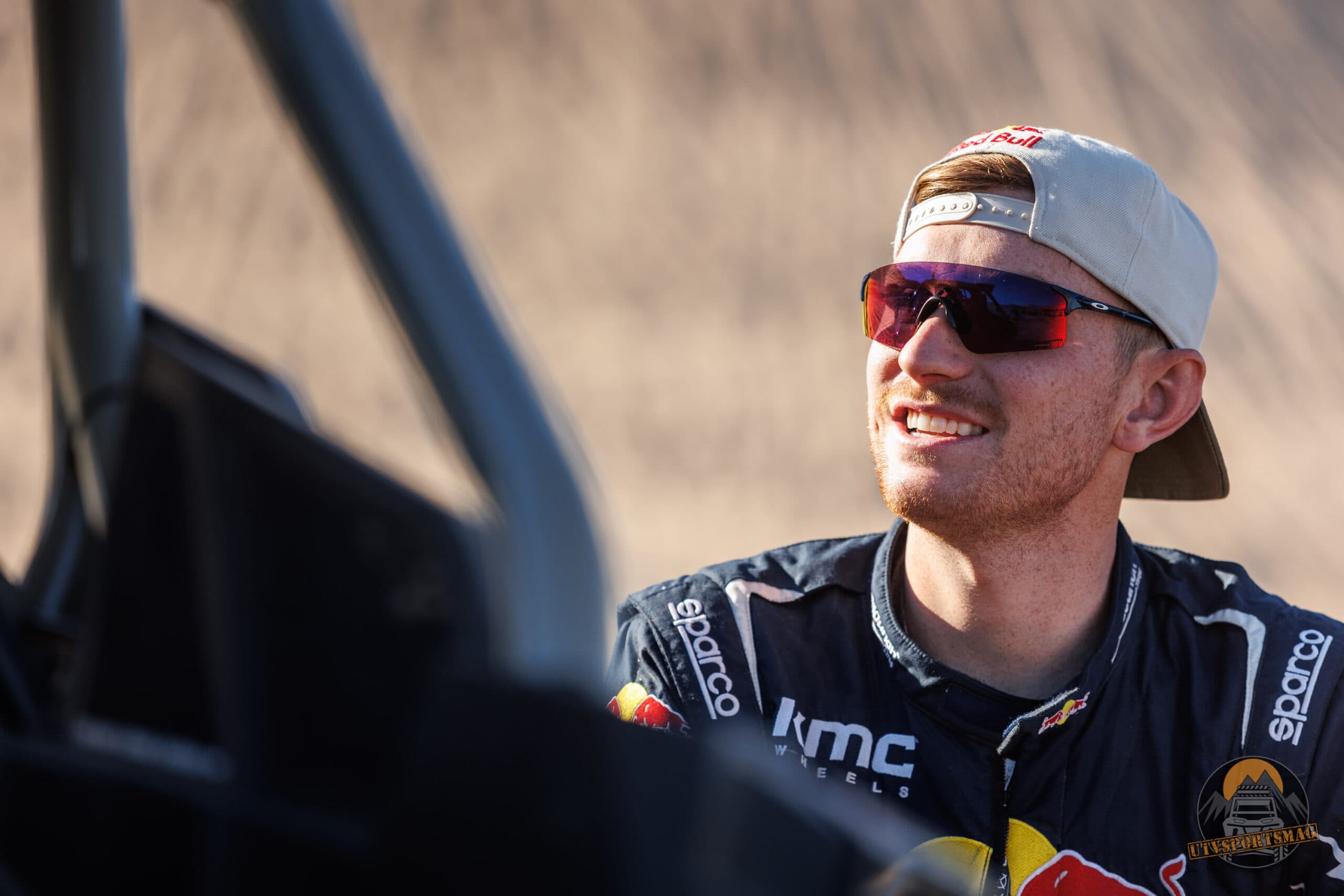 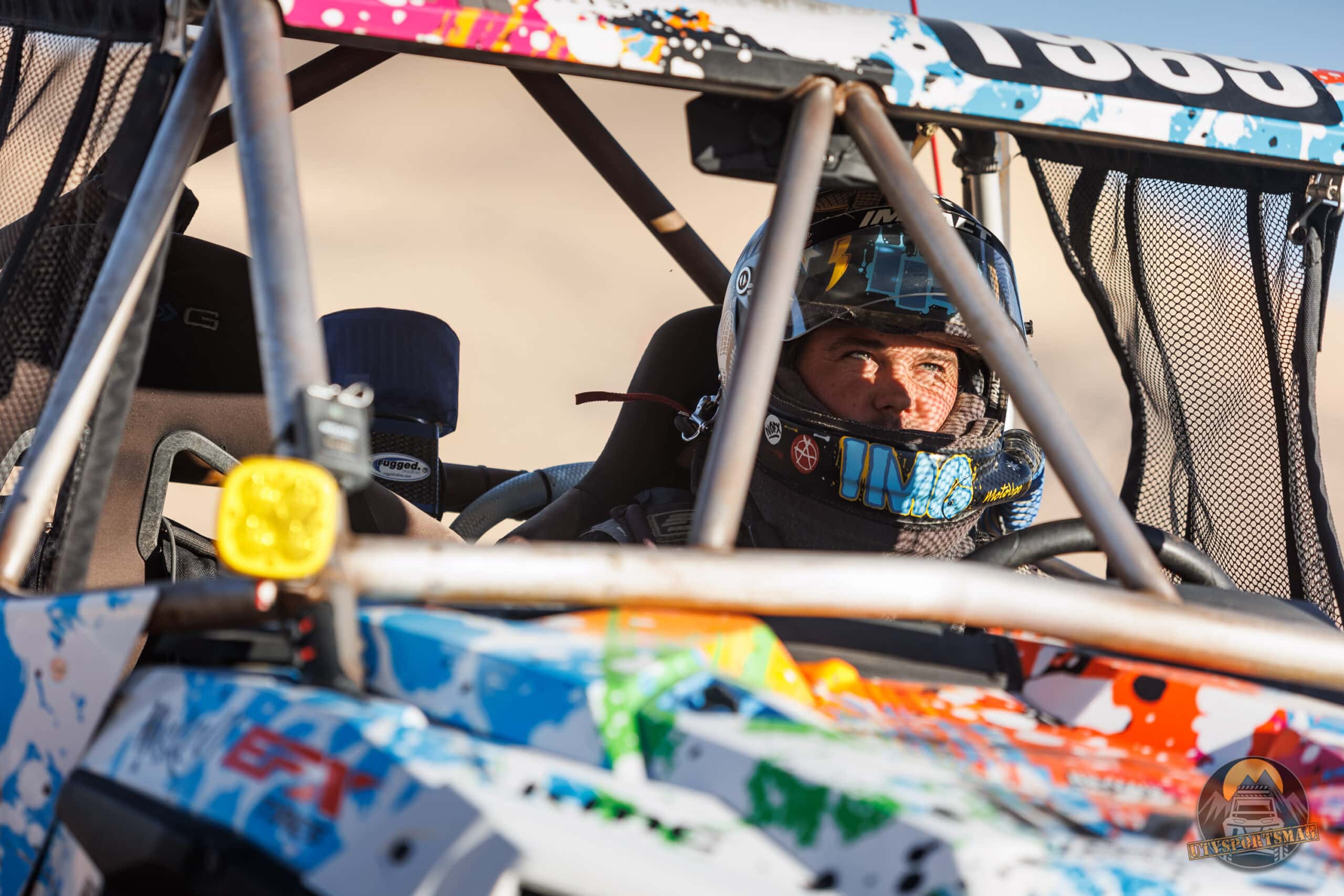 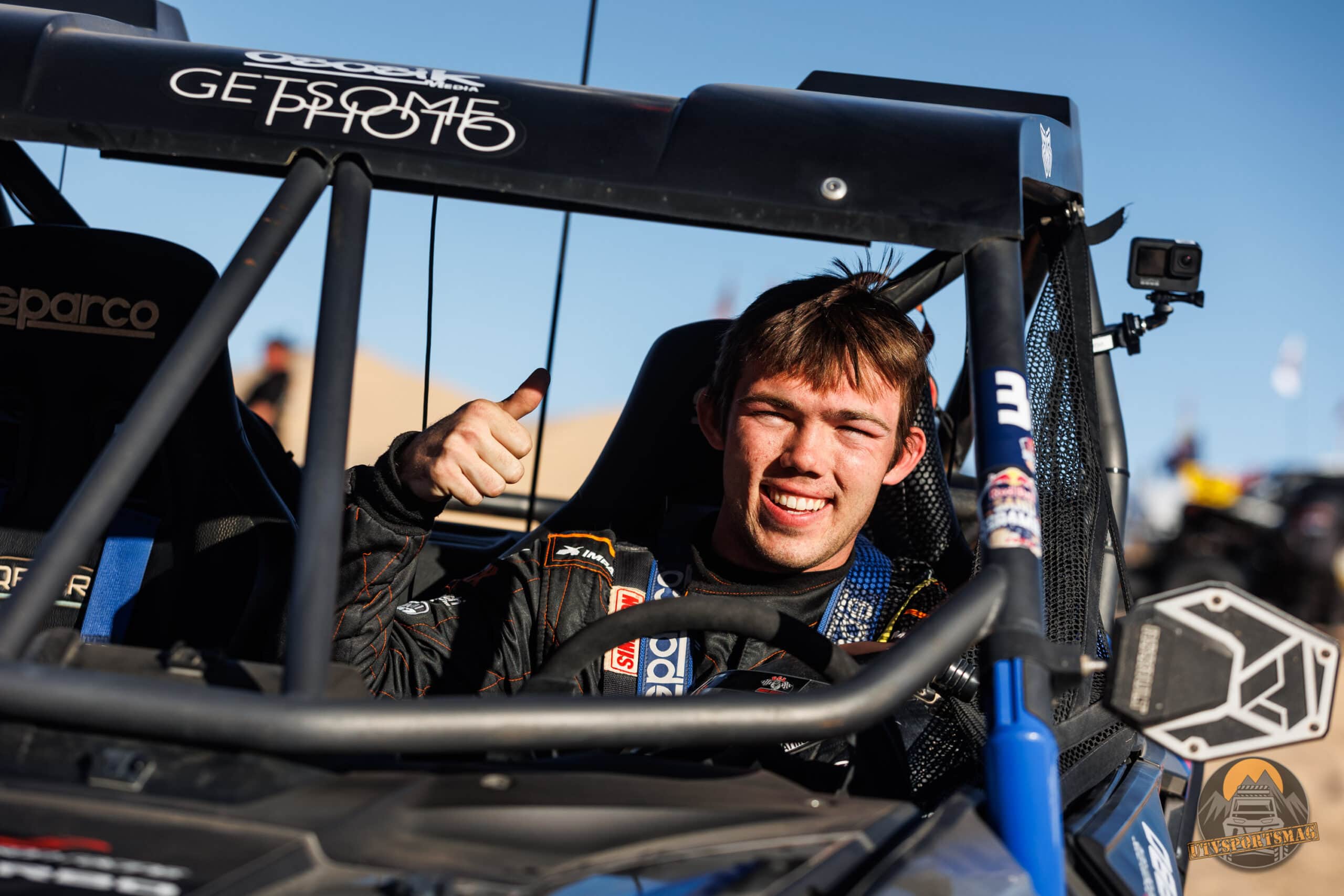 Saturday morning came early, and the full field of racers were taken on a sight lap around the course to get their bearings before taking the Start in their respective heats. This was not your usual stay between-the-lines course, as Racers had free reign to pick their path through the dunes as long as they made their way around the Red Bull Air Race style Pylons in the correct order. Gains could be made in finding the shortest path, or finding the path of least resistance, where a faster average speed could be carried. 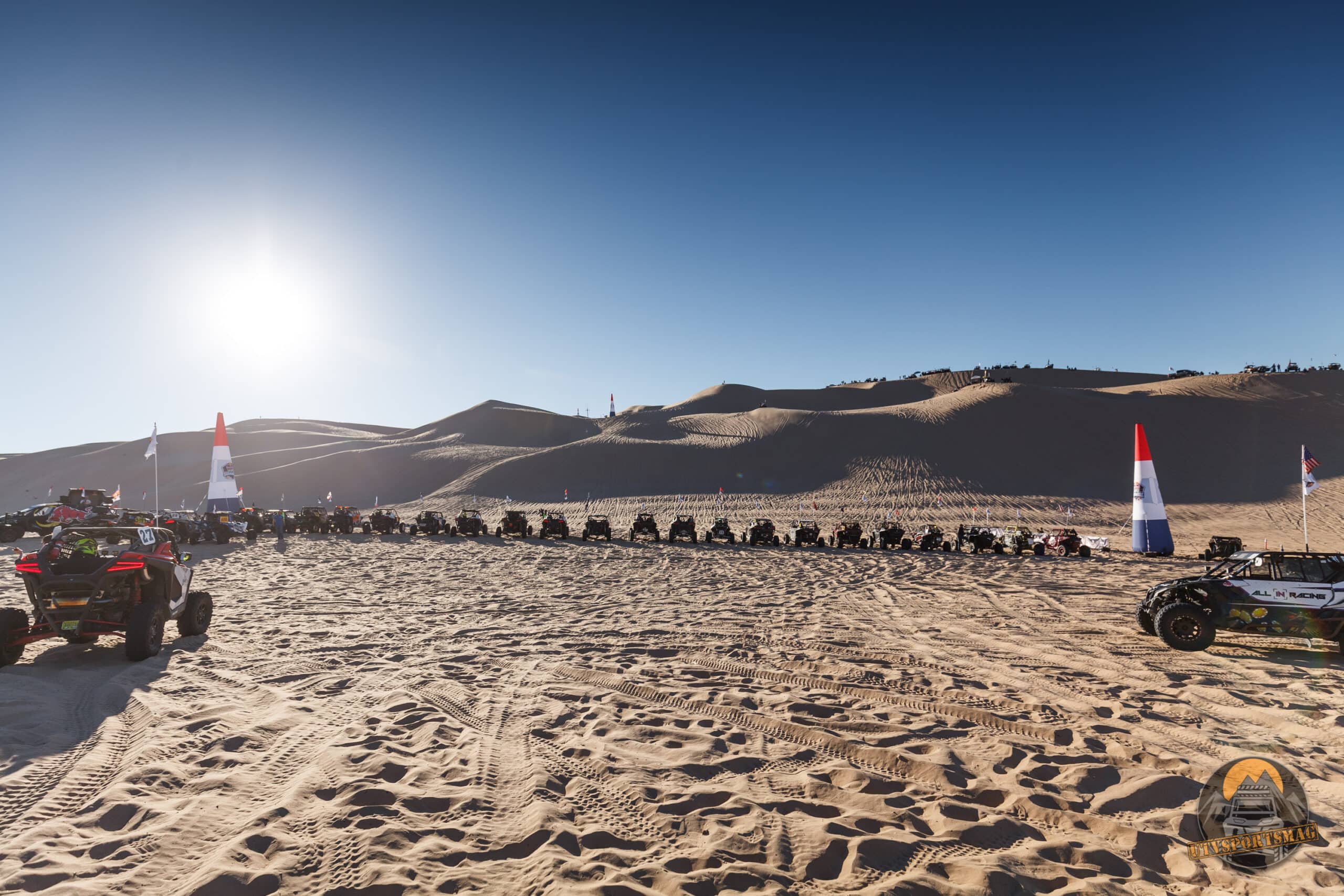 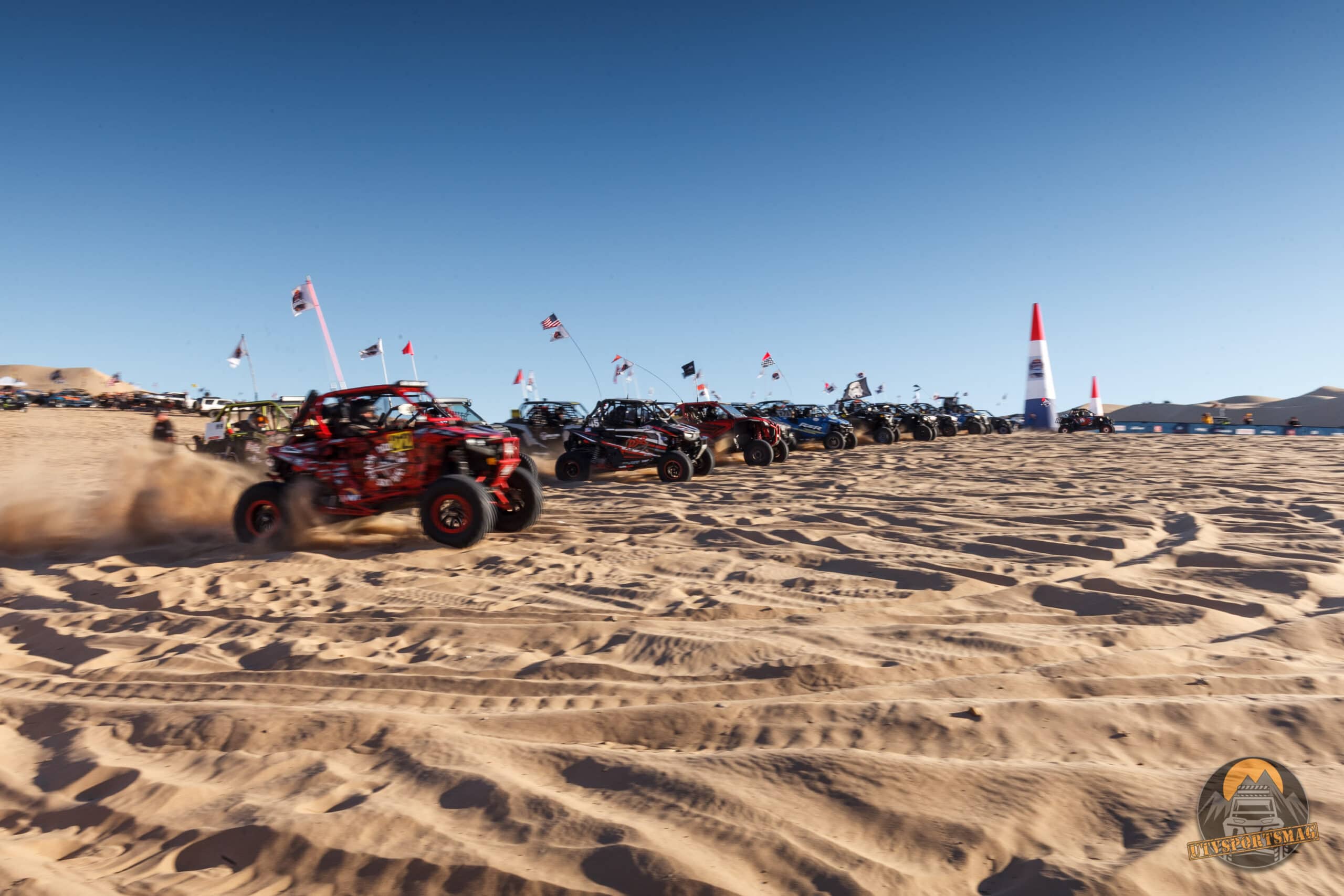 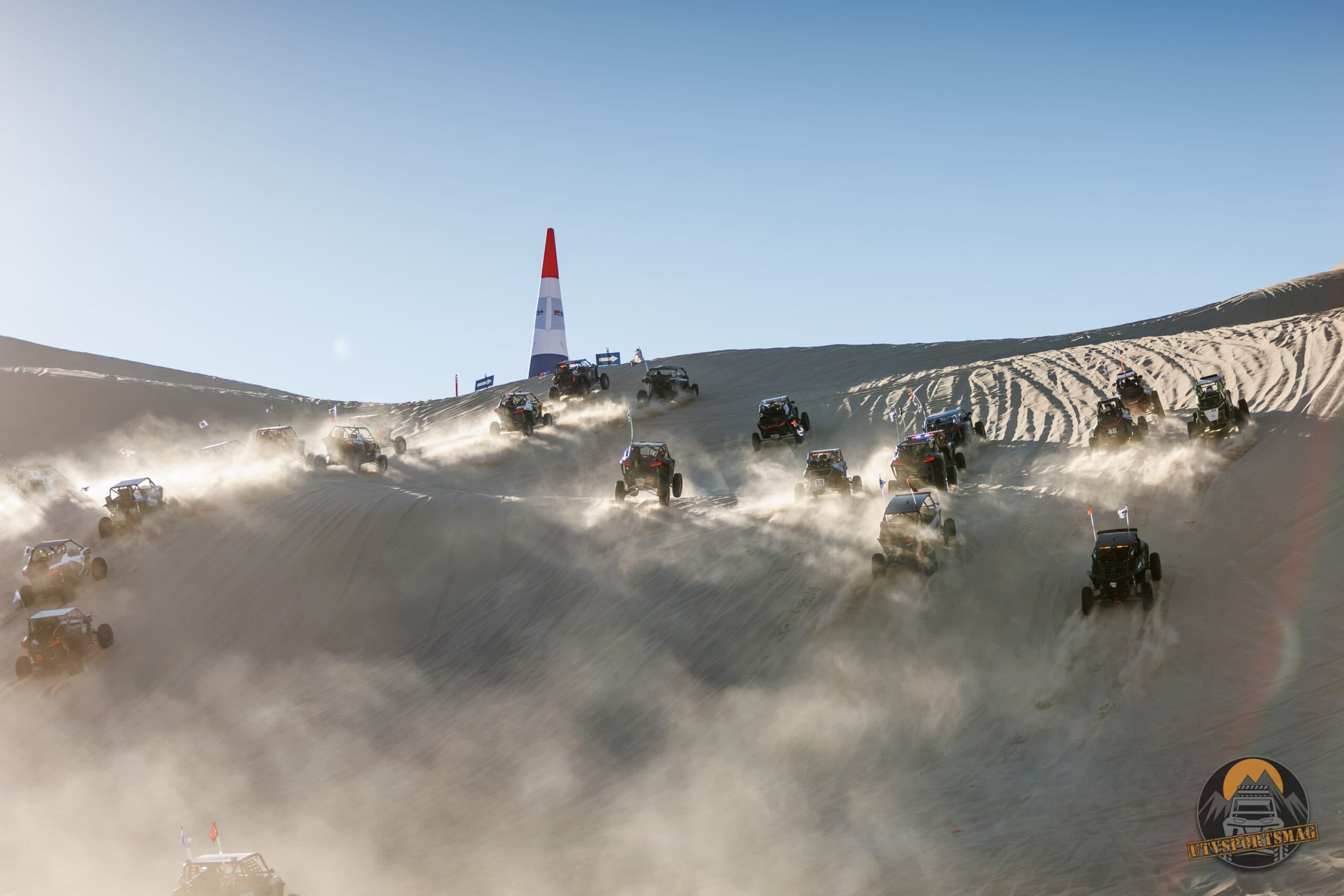 Heat 1 and 2 would include the Pro Class racers, while Heat 3 and 4 would be the Sportsman competitors. The top 6 out of each heat race would move on straight to the Final, while the rest would be forced to race in the LCQ (last chance qualifier). The overall race winner of the Final, whether a Pro or Sportsman racer, would be gifted a brand new Polaris RZR XP Turbo… With a prize such as this on the line, the competition would obviously be fierce. 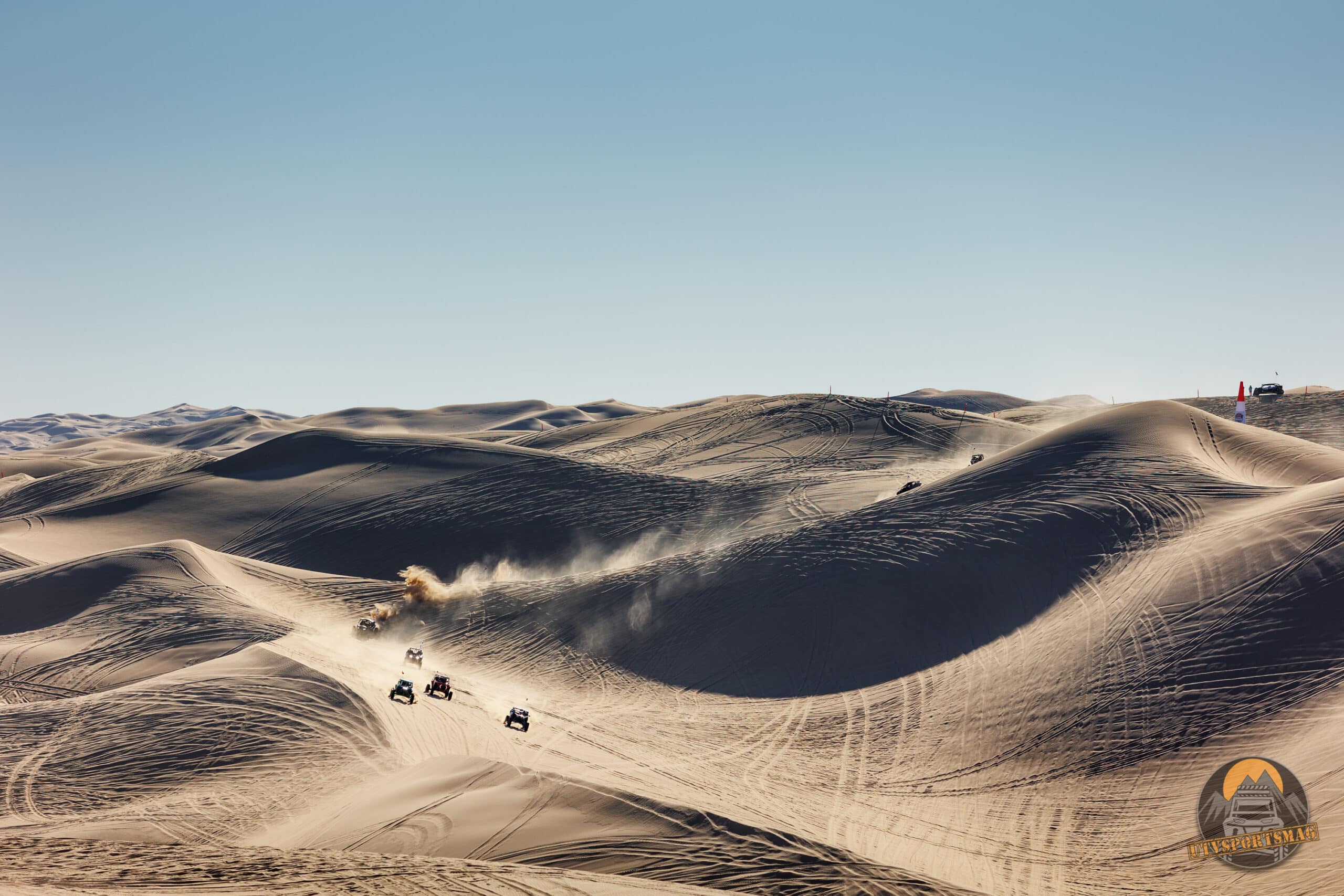 Spectators lined up at the edge of the course boundaries, and were more than ready for the action to begin as Heat 1 went off the line. Shawn Saxton ended up out front and was opening up a big lead before blowing a belt on the second to last lap, handing the lead and win to Paul Obrien, while Seth Quintero followed through in 2nd and Cody Bradbury in 3rd. Eliott Watson, MTB legend Brandon Semenuk, and Paul Driscoll took the final 3 spots into the Final. 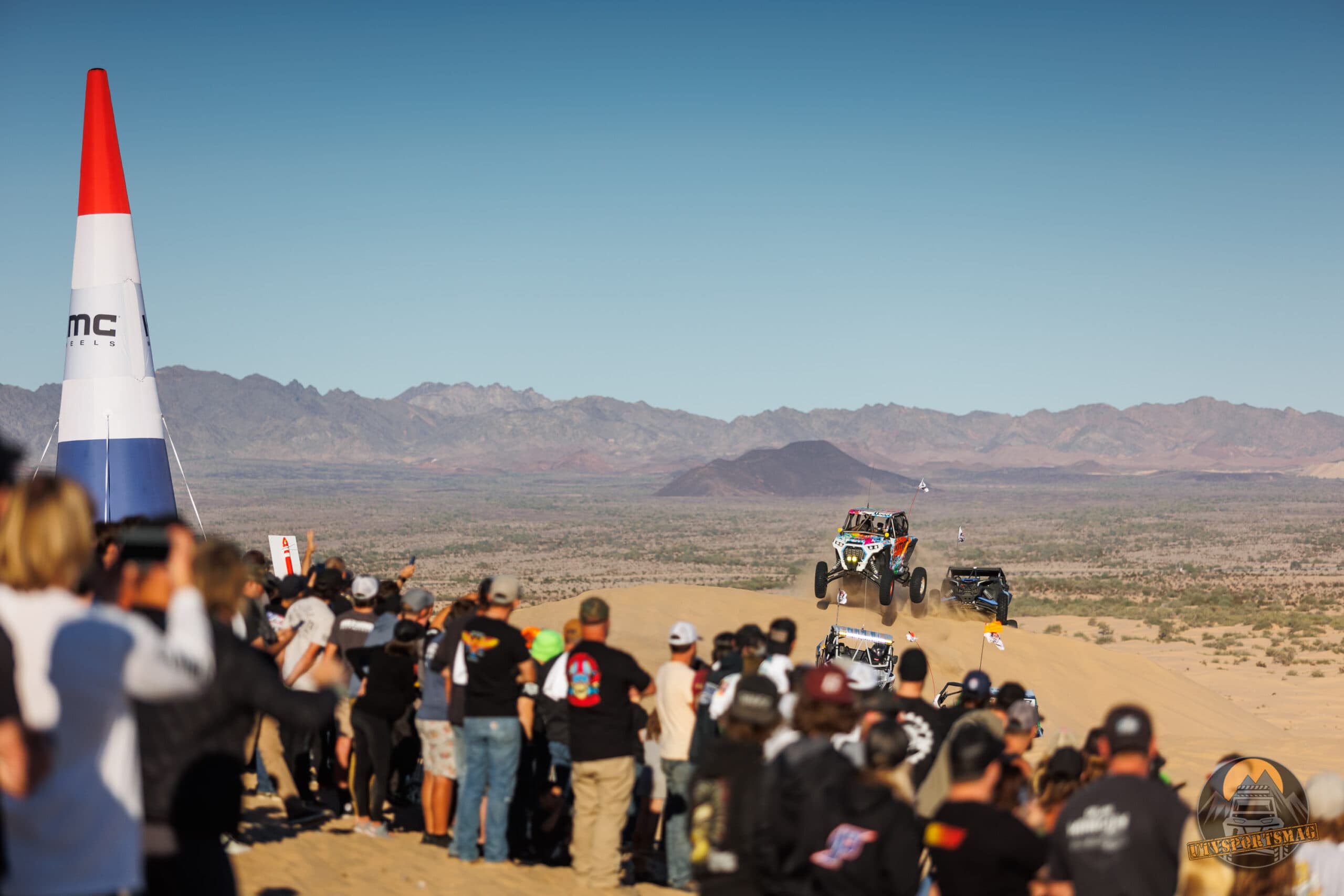 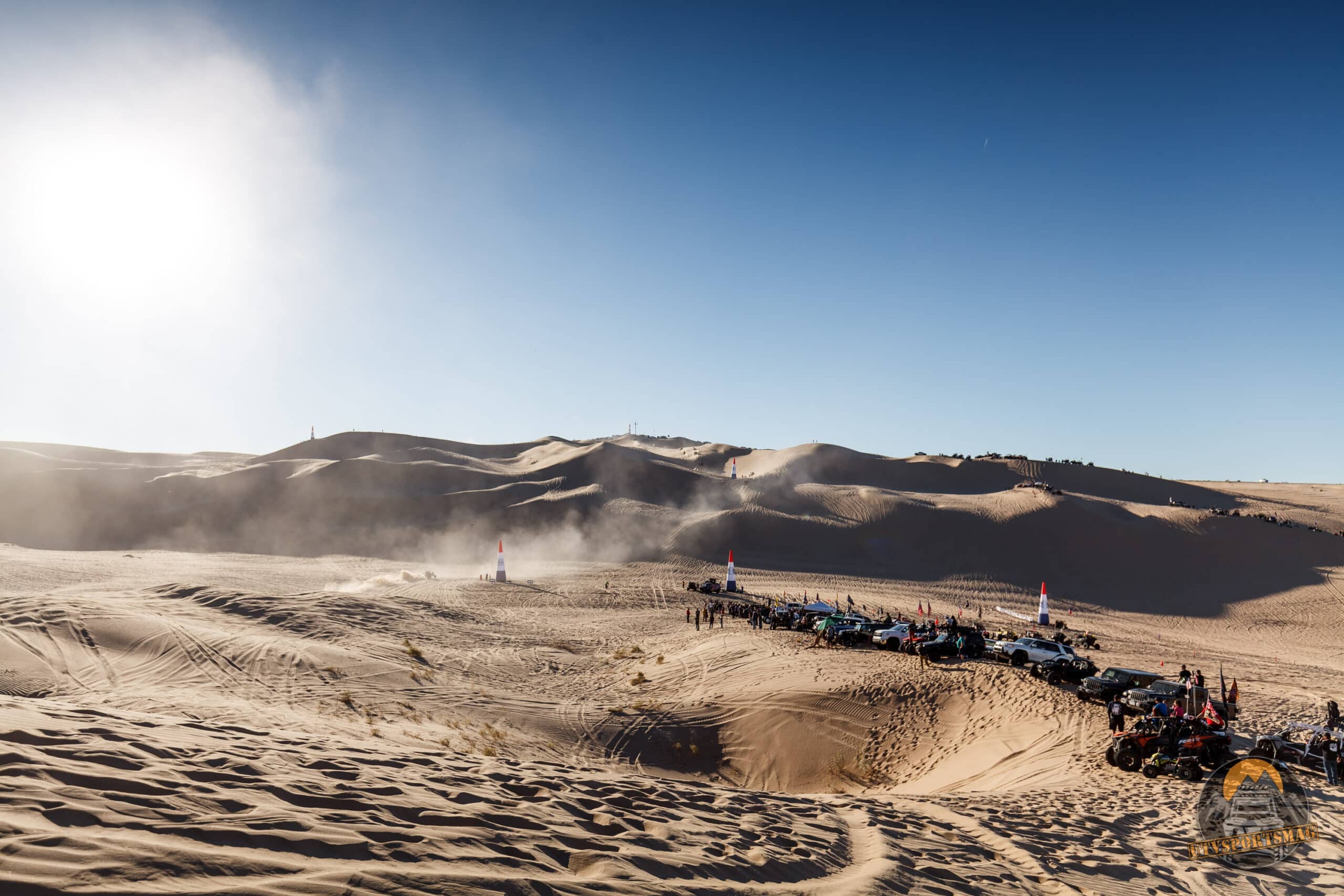 The Heat 2 win was contested by Mitch Guthrie Jr, Corbin Leaverton, Trey Gibbs, and James Hill, from the start of the race, and they traded positions back and forth until the end of the race with very tight and aggressive racing. James Hill had found his way to the front of the pack by the final lap and took the win in demanding fashion, while Leaverton and Guthrie rounded out the top three. Hill and Guthrie both sounded off with this possibly being the most fun racing they’ve ever been a part of, and the excitement level was high as they waited for the Final. Trey Gibbs, Brayden Baker and Mike Mamelli took the last three spots heading into the Final out of the second heat. Heats 3 and 4 were just as exciting as the first two as the Sportsman racers competed for their spots in the final, and mistakes were made as the tensions were high. There were a few good tumbles as racers pushed over the edge fighting for the win, while many of the lead racers in Heat 4 ended up lost and missing Pylons as they navigated their way through the big dunes. Kyle Litten from Dune & Destroy took the Heat 3 win in his RS1, while Jaxon Steele took the win in Heat 4. After the lunch break it was time for the LCQ, and racers were ready to battle as this would be their final shot to make it into the Final. Competitors were a mix of Pros and Sportsmen, with Shaw Saxton most looking to redeem himself after blowing a belt before nearly dominating Heat 1. Saxton held it together and absolutely dominated the LCQ with Kevin McCullough taking 2nd and Sportsman racer Richard Covarrius coming through the line in 3rd. Going into the Final, the excitement was high at the start line as all 31 racers lined up to take the green flag in the ultimate Pros vs. Joes contest for the bragging rights of winning the inaugural Red Bull Sand Scramble race—and that free Polaris RZR XP Turbo. When the green flag dropped, Eliott Watson fired up the GETSOMEphoto Honda Talon faster than anyone else and ripped the holeshot at the top of the hill going into the first lap. LCQ winner Shawn Saxton quickly took the lead and looked as if he was going to run away with the win before once again having his dreams crushed by a blown belt. 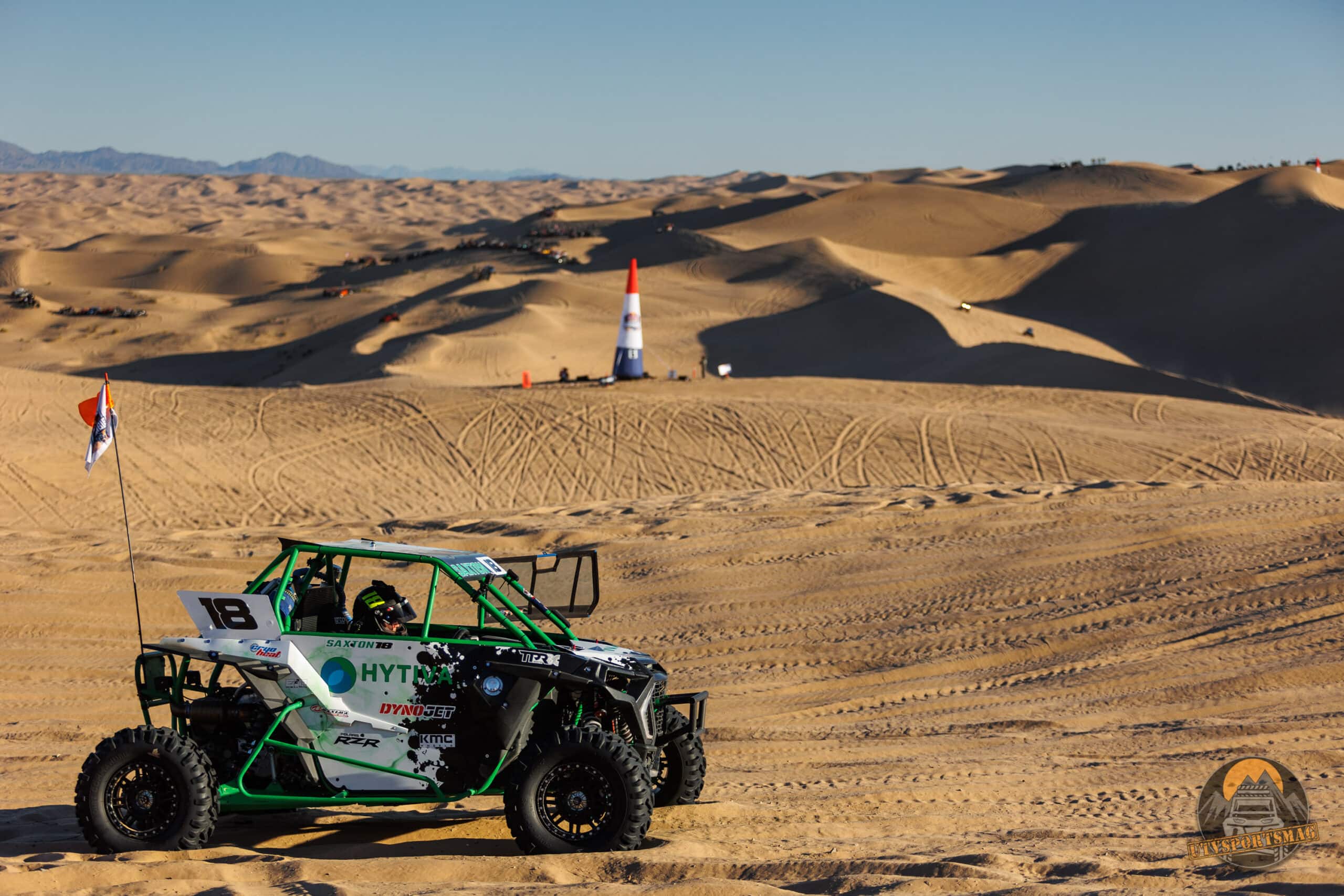 Mitch Guthrie Jr. happily took the lead and put his head down to try and stretch out the gap between himself and 2nd place. Heat 2 winner, James Hill, made his way up through the field to battle with Guthrie Jr. and Paul OBrien, until OBrien suffered from a broken front axle. Hill spent the rest of the race on the heels of Guthrie Jr. trying to get close enough to make a pass, to no avail, leaving Mitch Guthrie Jr. victorious in the first-ever Red Bull Sand Scramble event. James Hill happily took a hard fought 2nd place, while Corbin Leaverton battled his way up into 3rd by the end. The Sportsman class had its own podium from the Final, with Heat 4 winner Jaxon Steele graciously taking the Sportsman win and 9th overall, while Dan Winecki and Tyler Hurlock took 2nd and 3rd place respectively on the Sportsman podium. At the end of the day, it was all smiles on and around the podium as racers celebrated their wins, and the fact that they just completed the first-ever sanctioned multi-lap race in the Glamis Dunes. The race as a whole was quite the spectacle with spectators lined up all around the course, and Red Bull did a fantastic job hosting the race, as the event as a whole went off without a hitch. We’re looking forward to the Red Bull Scramble Series events continuing into 2022, with the Ice Scramble scheduled for January 29th at Parks Marina in Okoboji, Iowa.