RJ Fabrication S Ranger Or Is It A Polaris RZR 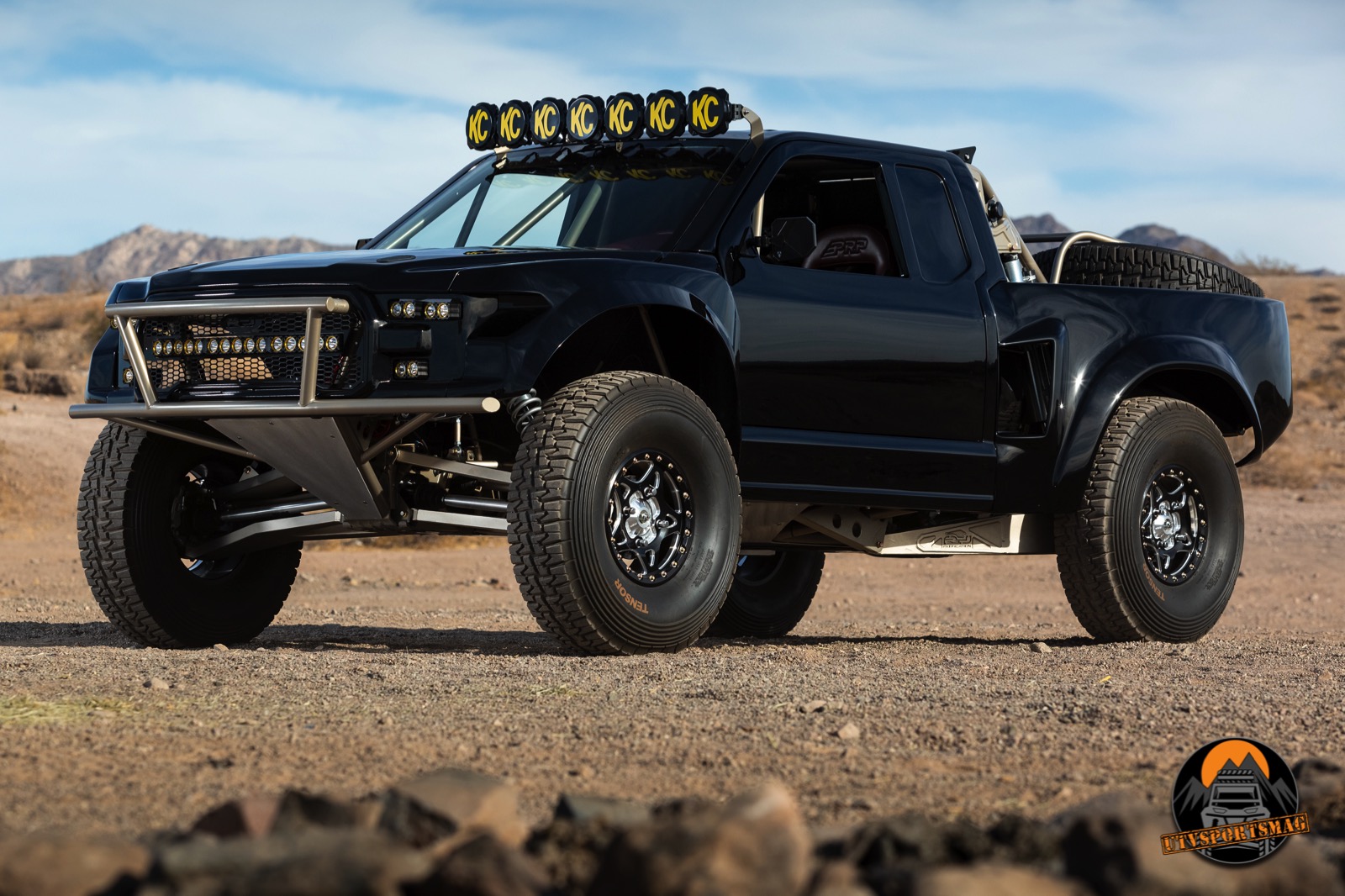 From this angle, it’d be easy to bet that this is not a Polaris RZR… but it was once a bone-stock Turbo S!

In today’s day and age, extreme attention to detail is a quality that is getting harder, and harder to find. Whether you look within the off-road industry itself, or into the mass of products and services that are available to us all as a whole, so much of what you find is done in the most cost effective—or even the cheapest way possible. To an extent, that makes sense. If you are in business to make money, the goal is usually to reduce costs while increasing productivity to get more products out the door while turning a solid profit. Thankfully we have manic individuals like Rob Lindsay, who refuses to cut corners or sacrifice quality to save a buck. Quality is the number one priority for the guys at RJ Fab, and they don’t just produce finished products, they produce art. 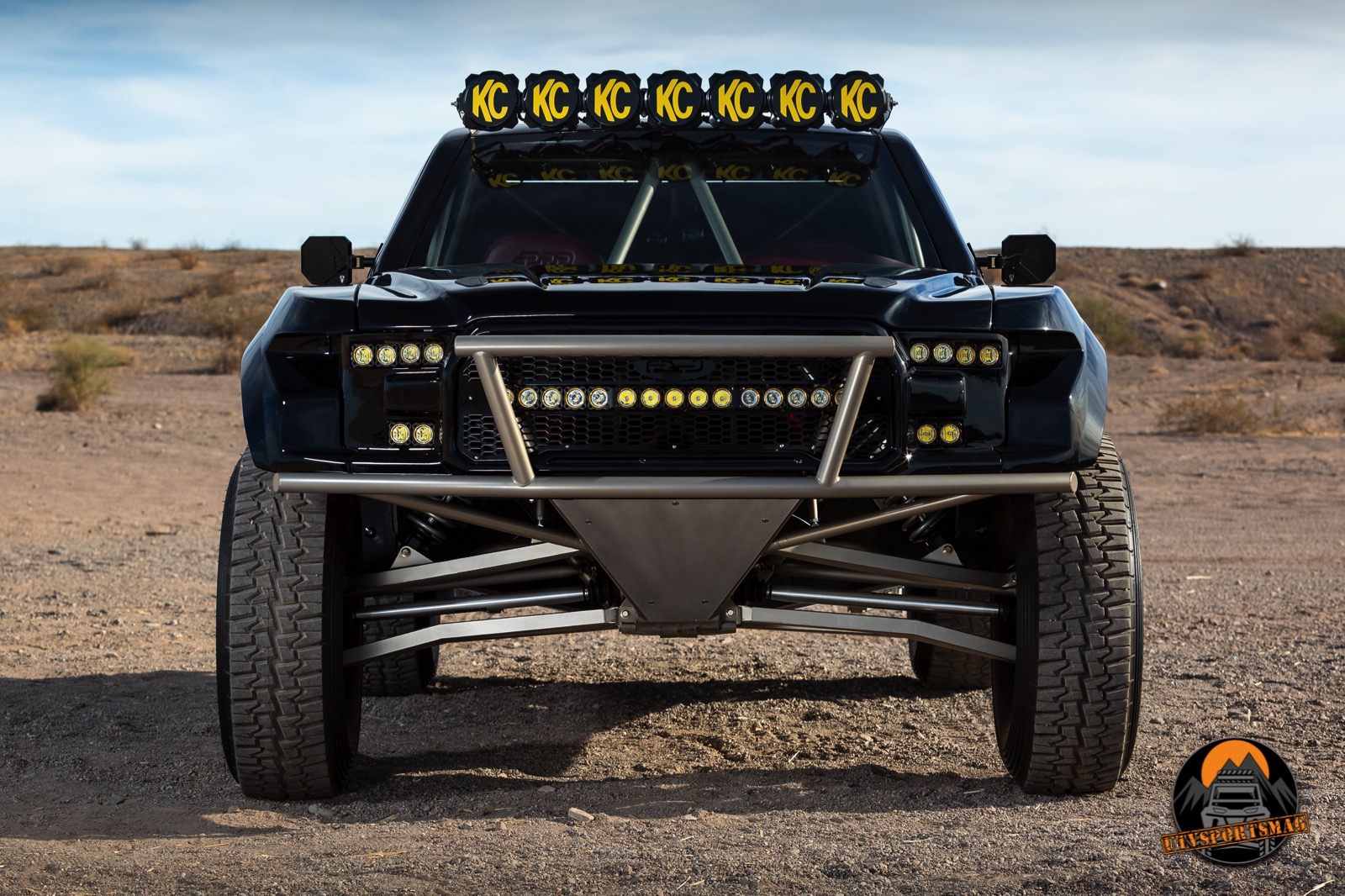 Rob has been building vehicles now for 20 years. Well, really, many more than that, but 2020 marked the 20 year anniversary of RJ Fab. And what better way to celebrate than finishing up what might be the most detail-oriented UTV build ever completed.

RJ Fab officially began in the year 2000, when he quit his full time day job, where he maintained and engineered hydraulic equipment and machinery, and set out to be his own boss and run a fabrication shop. Rob’s beginnings in fabrication started back in high school. He enrolled in Metal Shop, and really impressed his teachers. After excelling at everything they tasked him with, they decided to let him take on his own project, and he chose to build a sandrail. He stripped down a crusty old VW bug, keeping the drivetrain, and threw together a sandrail. He said “it was a POS, but it worked.” He may not have known this VW build would be the beginning of his future career, but no doubt did it spark the fire of fabrication for him.

Growing up, Rob and his family dabbled in dirtbikes, but really “didn’t do the off-road car thing at all”. After high school, he held a few jobs, including one at a motorcycle shop and also one at a car dealership. From there, he went on to work at a company building steel frame homes, as he was already an accomplished welder by the time he graduated from school. At the time, he had a home with a 1k sq. ft. shop out back. From 1993 to 2000, he worked nights building both for himself, and for customers. It was in this shop Rob built his first Pro Street drag race car. But, it was time to move on, and up. 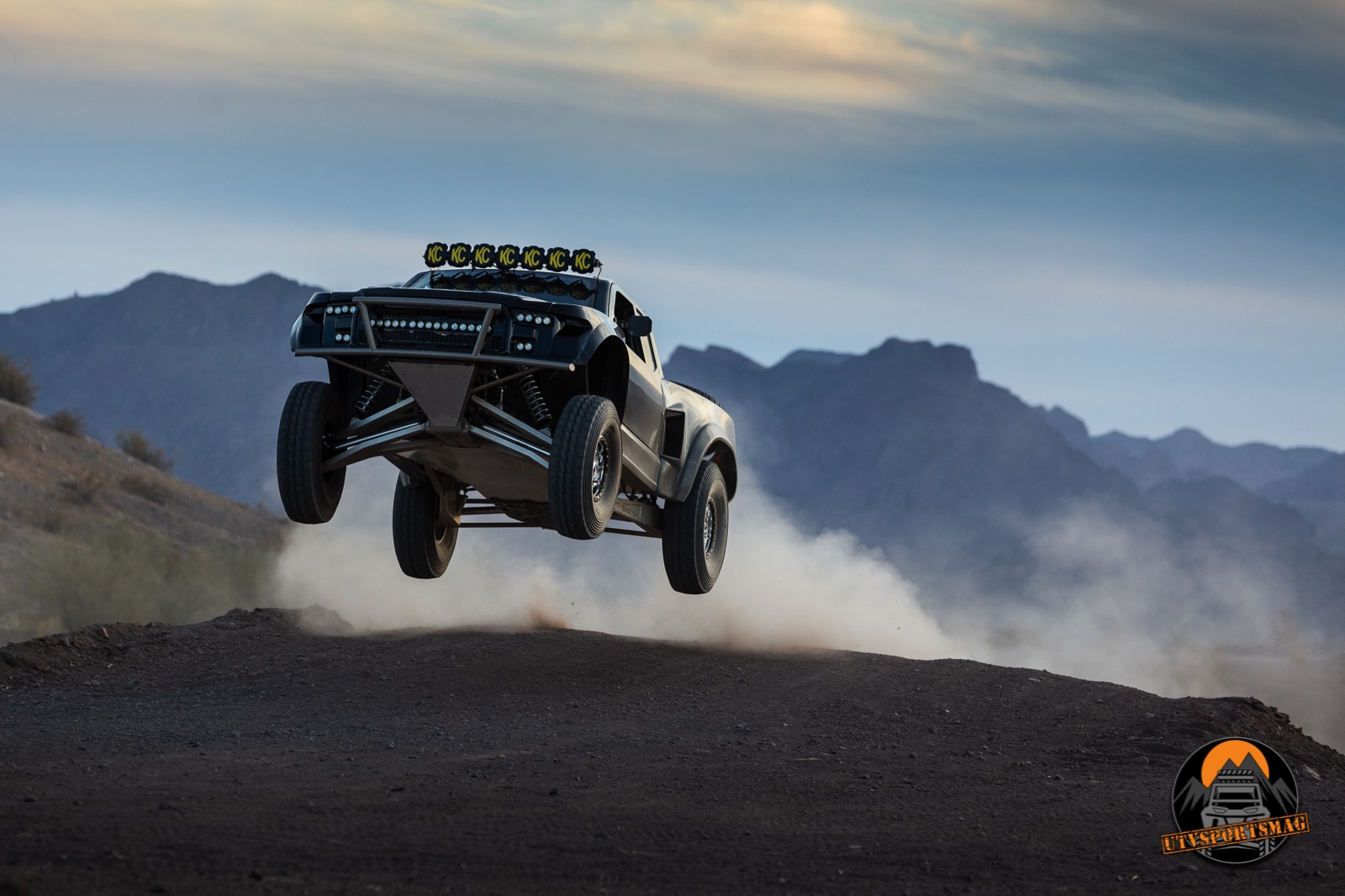 Finally, he decided he just couldn’t do the full 8-12 hour days and come home to his shop and work through the night. He purchased 5 acres of land shortly after getting married, threw a house right in the middle, and a 4k sq. ft. shop in the back. In the beginning, he primarily worked on street vehicles, with the occasional pre-runner bumper or a roll cage coming through the shop.

Today, Rob has a wide variety of builds and fab work cycling through his shop. He’s about 50/50 of on-road vehicles vs. off-road builds. You can absolutely tell the quality of the cars coming out of his shop is next level. Unlike most off-road builds, the fit and finish are top notch, and is the same whether the vehicle will see a car show, or a desert race.

Rob hadn’t built too many vehicles to keep in his garage, at this point. “The Ranger was the first off-road vehicle I built for myself. I had my Camaro and had been street racing, and actually started the truck in ‘02. I stripped it, plated the frame… and then it sat until probably ‘13. At that point, I either needed to get rid of it, and all of the parts I had accumulated, or build it. So that’s when I got serious. I finished it in ‘17. We were fixing leaks as we loaded it onto the trailer for Offroad Expo.” 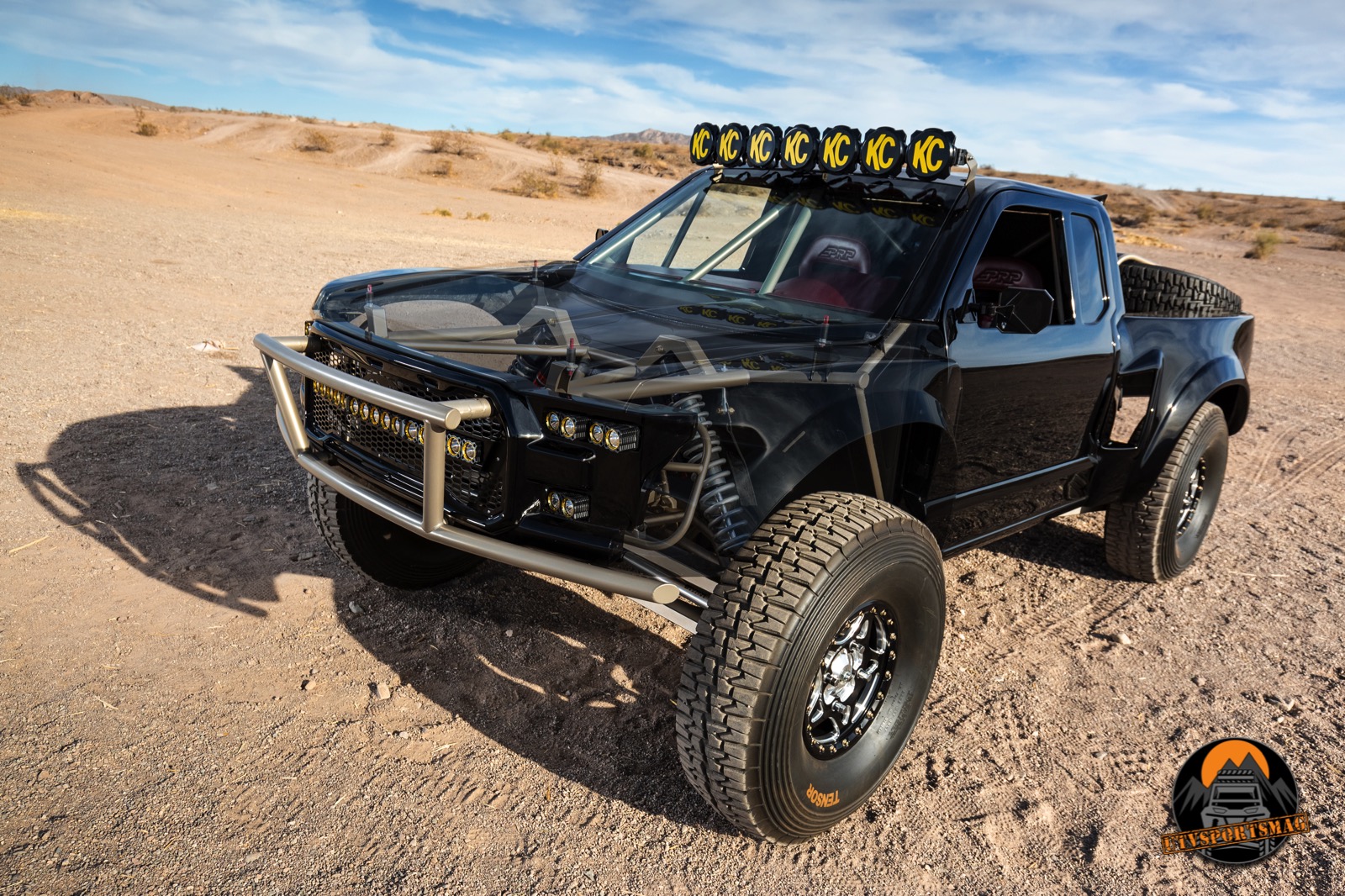 It was around this time that people really started noticing RJ Fab. “I was talking with KC HiLiTES about the Sand Sports Super Show for ‘19. I had just bought a Polaris RZR Turbo S, and was going to do a basic build on it. They suggested I do a miniature version of the truck, since it was so popular. So here I am, a couple years later...”

“My original plans had been to do a cage, interior, stuff like that. I had no idea I was gonna take it this far.” He may not have planned for this, but the final results of this build are truly impressive, and well worth the effort that Rob and his team put in. The Turbo S is essentially a ¾ sized version of his Ford Ranger, down to even the spare tire carrier, and even the rear upper shock mounts.

The car debuted at the 2019 Sand Sports Super Show, in the KC HiLiTES booth. “All of the main fab was done, and everything was built. We had the body, but we left the whole passenger side of the body off. The reasoning was, that’s my favorite way to take a car to a show, because you can’t hide anything. You’re just out there, in the open, ass out, and everybody can see everything. We wanted to show everyone it wasn’t just a body slapped on.” 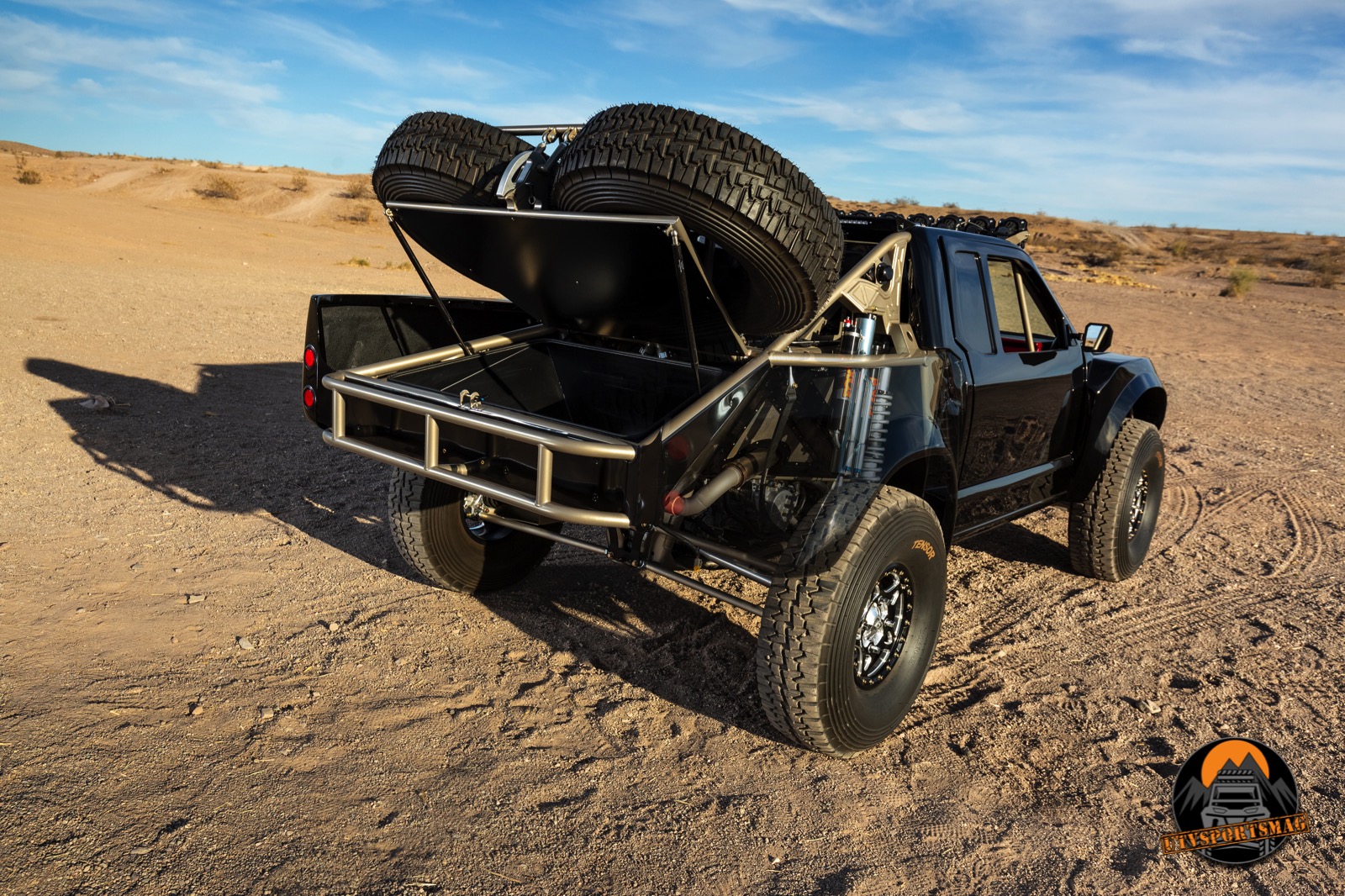 Rob got a ton of positive feedback at the show, although he did get a few “It’s too heavy!” and similar comments. Rob responded with “Yeah, it’s heavy. We didn’t set out to set the world on fire as far as performance, we just wanted a cool build!” The car is about 3030 lbs. when full of fuel, as opposed to the stock 1260 lbs. wet, so they did their best to be conscious of the added weight. Even if it’s heavy, it’s still an incredible, meticulous build.

As far as the nitty gritty tech details, Rob is more than happy to rattle off a list of fabrications and modifications so long, and so fast, it’ll make your head spin. Some of the standout mods include the fact that the majority of the car’s chassis was replaced. The remaining bits include the front bulkhead that cradles the differential, and the mounting points for the front suspension, and the tubing that wraps around the engine. Everything else chassis-wise was fabricated by Rob and his team, constructed from 1 ¾” chromoly. 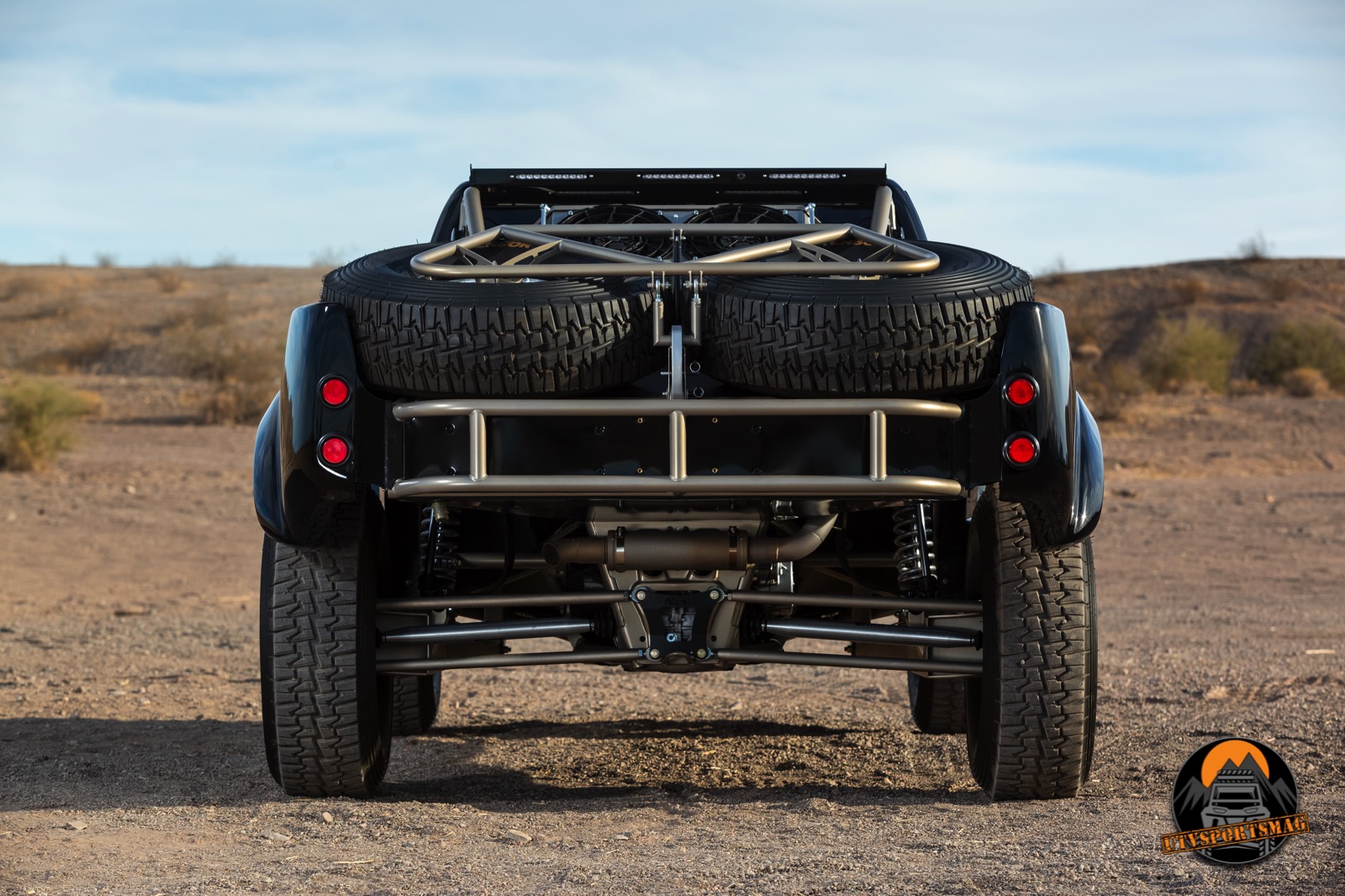 For the suspension, they went old-school, making paper and eventually aluminum templates, which were then thrown into SolidWorks by Brett from Western Fabricators. While watching and learning the process, Rob has recently moved to handling all of the engineering in-house.

His main fabricator, Brandon, suggested using the KNINE Racing bodywork. They ordered the kit, which KNINE stretched to fit the RZR, as Rob had stretched the wheelbase of this Turbo S. His team still made several modifications after receiving the body kit, they added a B-pillar post to more closely resemble an older truck, and flattened the bed tops and added scoops to the fenders, among many other things.

Inside the car, it’s got a fiberglass dash that’s quite similar to it’s big brother Ranger. Rob kept the stock gauges and lights, and made sure to keep any warning lights from popping up. Although he notes that the dash is actually wider in the RZR than it is in the Ranger, but, in actuality, it is proportioned properly for the vehicle. 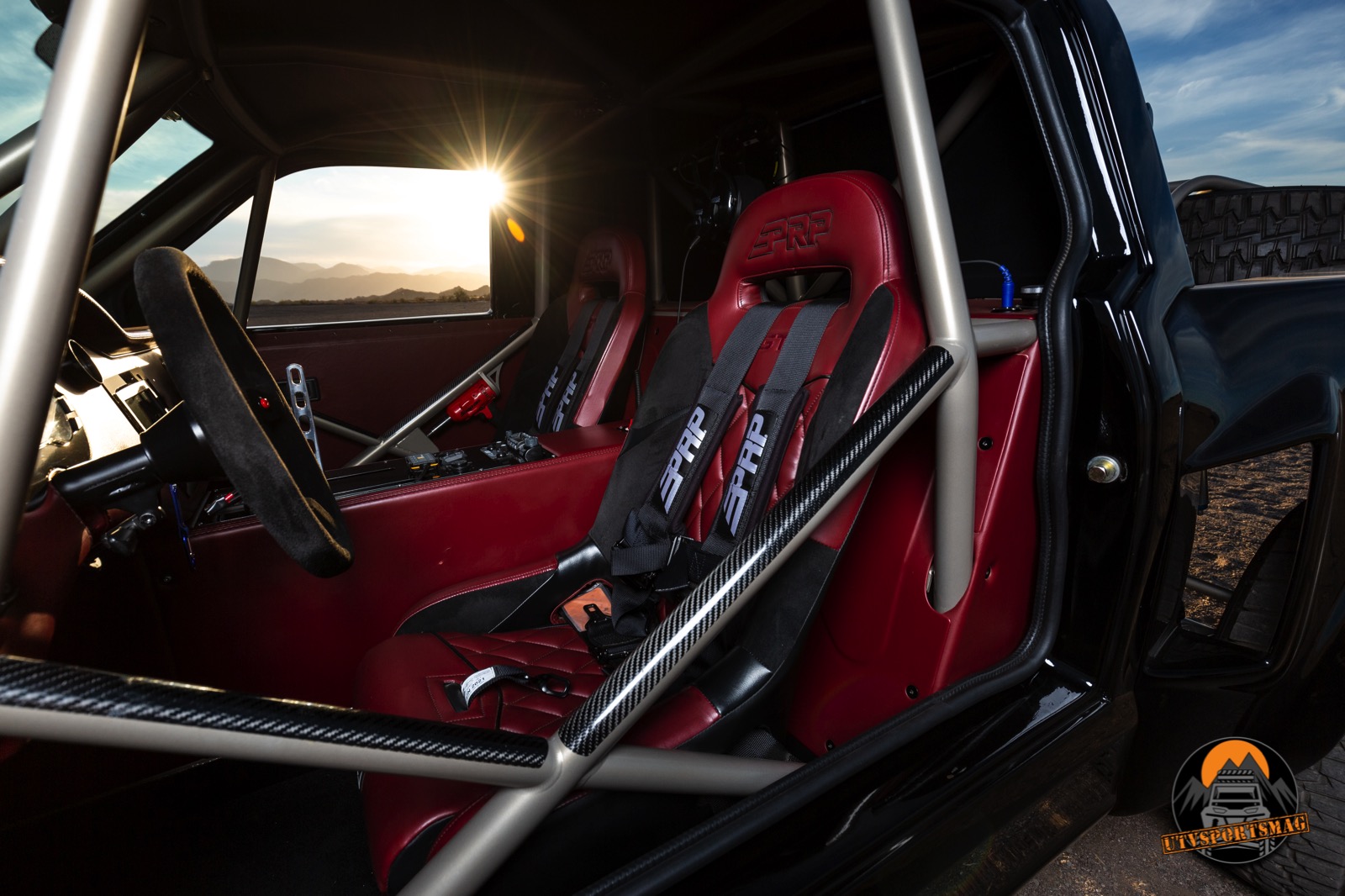 Aside from his in-house team, Rob worked with some partners on the labor. All the nickel plating was done by JR at Pentrate Metal Processing out of Los Angeles. Tackling the interior was Rudy's Custom Upholstery (@rudyscustomupholstery) out of Hesperia, while the glass-like paint was laid down by Sylvesters Customs (@sylvesterscustoms) in Nuevo. Extreme Powdercoating (@extremepowdercoatingca) in Hesperia added the silky-smooth unique powder over the remainder of the parts.

Next up, Rob plans on beginning to upgrade the engine, and we can’t wait to see what he does with his Mini Ranger. Follow along with Rob and his crew on Instagram at @robrjfab to see the updates, as well as all the other beautiful projects they have in the works. You won’t see completed vehicles flying out the shop doors day after day, but you can be sure that once a project is completed it will be a highly polished work of art. 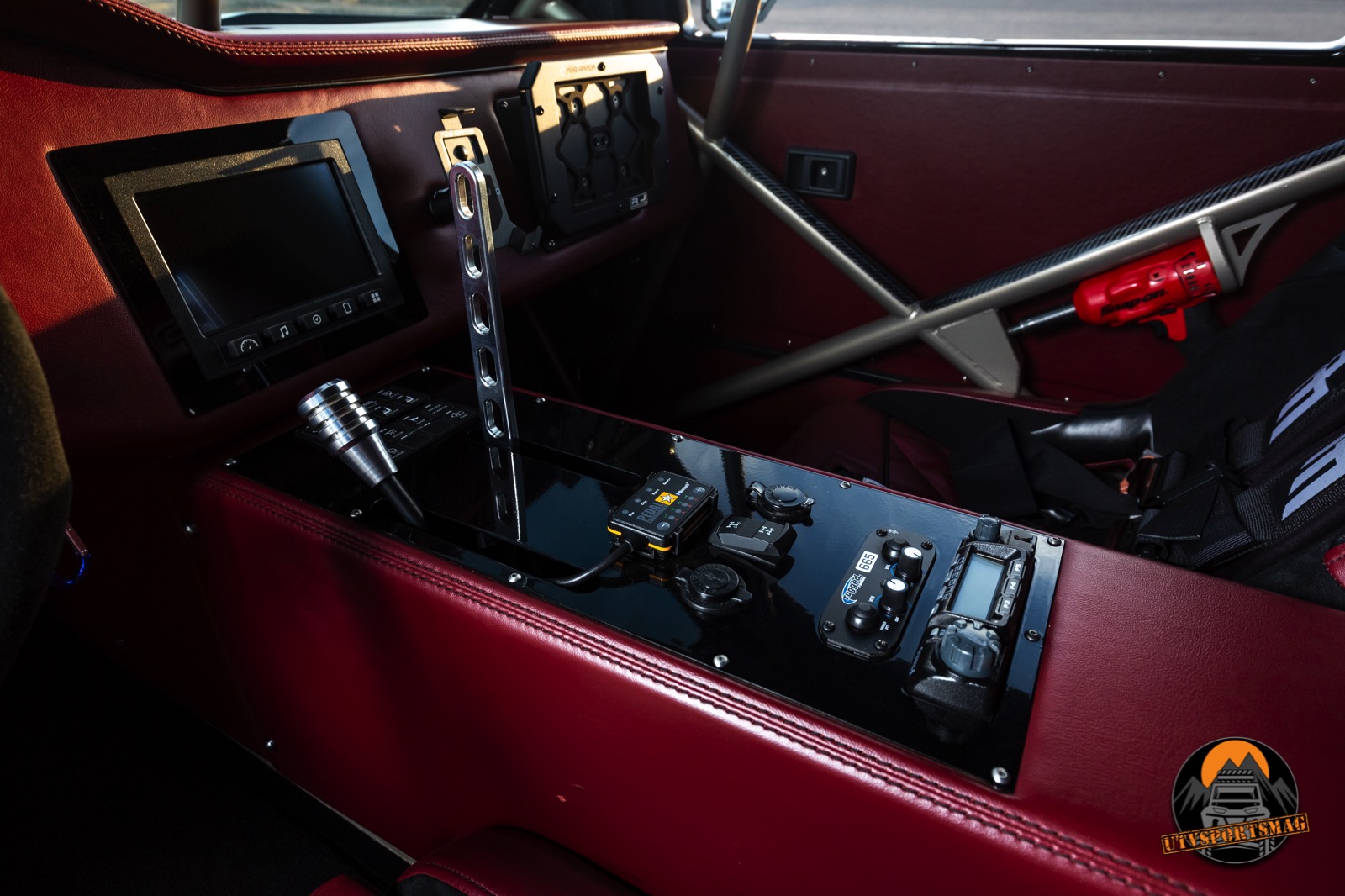