The Matlocks Forever On Course 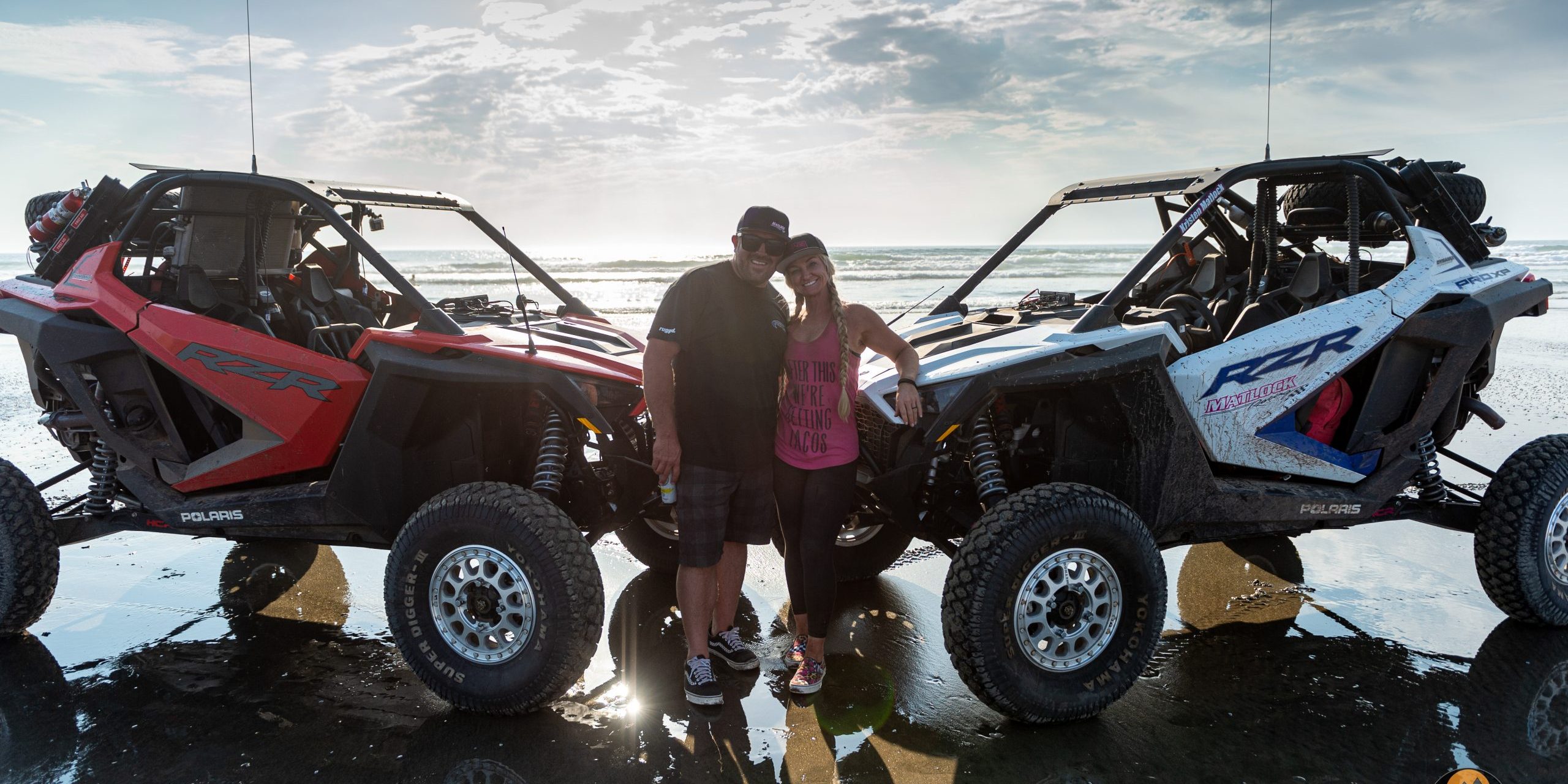 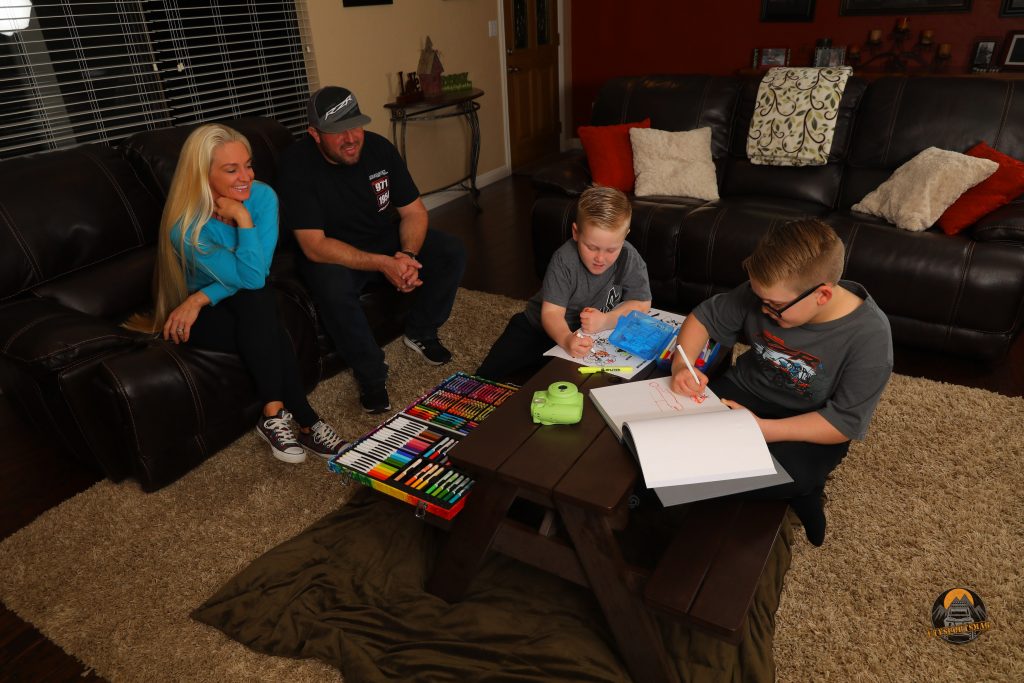 When racers cross the finish line down in Baja there’s immediate rejoice and gratitude. It takes a support program and way of life to allow such an accomplishment. Win or lose, it’s one of the most challenging, enduring contests in off-road. For most, the scene is foreign. For the few, a once-in-a-lifetime experience, but for the Matlocks, this is a recurring event.

The dynamic duo have succumbed to the draw of Baja, in every sense. They live, breathe, eat, and race the land. But this didn’t take place overnight and certainly didn’t happen alone. Before all the championships, the couple established themselves to be able to get where they are. We sat down with Wayne and Kristen recently to get the story behind the story, and just how they found themselves as some of the most accomplished UTV racers in the sport. 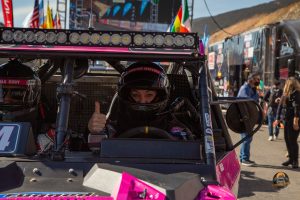 USM: When you guys aren’t racing Baja, what makes the clock keep ticking?

Kristen: “We own a custom cabinet company, Premier Cabinets, that Wayne’s father started back in the 1980s. It’s something that Wayne has been a part of since he was a teenager. In 2013, when my father-in-law passed away, Wayne had to take over the operations and management of the company. We have been so lucky to have some incredible employees that truly run the business on the day-to-day so that we can focus on family and our racing career without stressing about the stability of the company.”

Wayne is definitely the brawn behind pushing the company forward, however Kristen is right there by his side ensuring the organization crosses its T’s and dots its I’s. Kristen was in nursing school when she met Wayne and graduated shortly thereafter but, even in the early days, her shift schedule was not race friendly and she adjusted to becoming a full-time self employed esthetician, still to this day. The move ensured more freedom for herself and their rapidly growing race program. This experience was the perfect introduction to her life today, now balancing business ownership and a full time racing career.

USM: What are the pros and cons to business ownership combined with a race shop?

Kristen: “Without the flexibility we have in our roles of the cabinet shop, there’s no way we could do what we do. We always plan accordingly and prepare in advance for our absence. It’s incredibly hard, especially when we are going to be gone for a while, but dive right back in as soon as we get back and catch up where we left off. The only downside I’d say is that we always have to be available to our business, no matter where we are or what we’re doing. There’s many times we’re out racing and we’re trying to handle office situations when we can. But the benefits of self-employment considerably outweigh the bad. No doubt.” 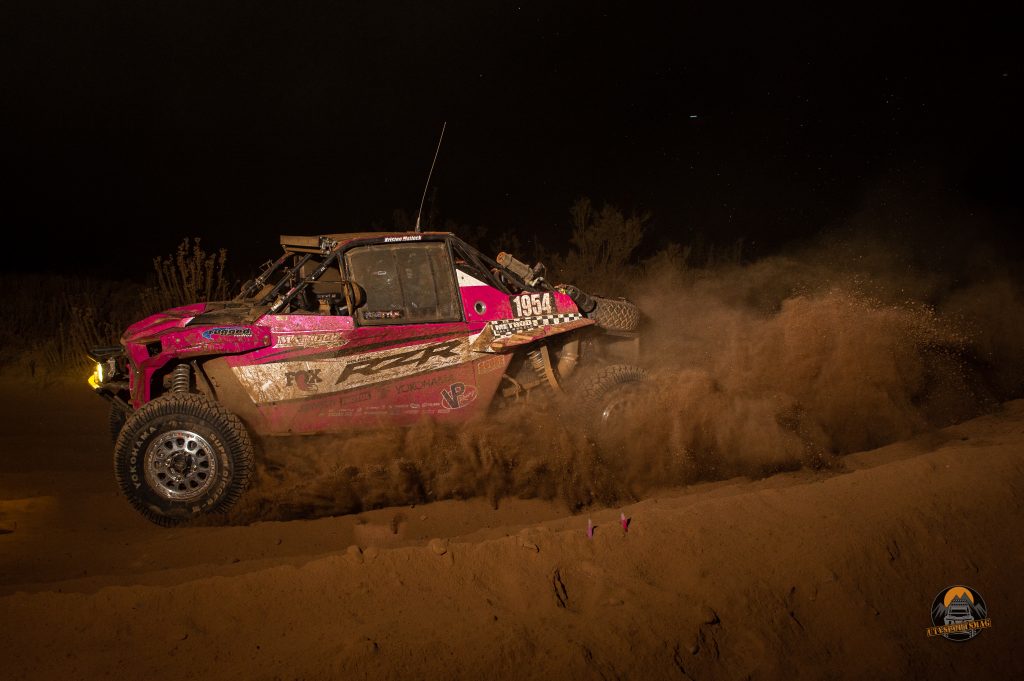 USM: Did you grow up racing or going to the desert?

Kristen: “No, not at all. I grew up just like a normal kid in East County (San Diego). I guess most in my area went to the desert and the river but we didn’t really. I went to the river but my dad was a fisherman. Totally different then say hanging out on the sand bar and skiing and stuff. I was one of those kids that wanted to try everything. I tried dance, gymnastics, and figure roller skating for the longest time. I pretty much tried everything and I felt like if I wasn’t successful or extremely successful at something I just moved on. I never found exactly what I wanted to do until I met Wayne, and fell in love with offroading and racing.”

USM: How did you get into racing?

Wayne: “I got into racing from my mom and dad, my dad raced quads. I have been going to races since I was a kid. I think my first Baja race, I was maybe 15, driving my dad’s Ford F250. I didn’t have a driver’s license but I was driving the chase truck. I had a spare tire, a Craftsman tool box and went to the pit by myself. It was a lot different back then.

It was later when I was 18 or 19, was my first race, the San Felipe 250 on a quad. I ended up winning that one, and I was hooked ever since. I did a few races on dirt bikes, I really liked dirt bikes, but then had an opportunity to race quads again, with it all being paid for, and went from there. 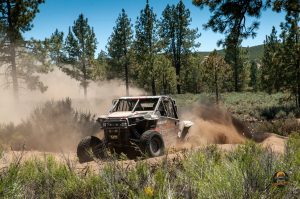 Then we started in UTVs in 2014 driving with Alonso Lopez, did that for a while. Then at the end of that year I met a guy named Terry Hui. Hui bought Lopez’s car and I drove it for awhile. Terry and I hit it off and he wanted us to put together a race team for him. We threw some numbers together and he said “let’s do it!”

In 2016, Polaris came in and gave us some help, that’s also when Kristen started racing. Polaris signed both of us at the same time, which was really cool. At that time we were still racing under Terrabit with Terry funding everything but he was super busy and wasn’t able to make any of the races that year. We kinda saw the writing on the wall since Terry couldn’t make the races, so we went to Polaris and made a pitch based on our performance. Craig Scanlon took a leap of faith and signed us to an amazing contract, and here we are.” 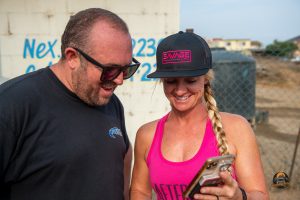 USM: How was that making the transition from quads to side by sides?

Wayne: “Honestly we had to learn to slow down a little. Your weak link on a quad or a bike is your body, not the quad or the motorcycle. In the car, you have so many moving parts and so many things that can go wrong. Your body is not getting abused, you’re basically just sitting there. So you have to learn to back off a little bit and learn where you can go fast and where you can’t.”

Kristen: “I raced quads for 10 years before I got into the SXS. I got tired of watching Wayne have all the fun. I used to do all the logistics and drive the chase trucks. Then in 2005, I decided it was time to give it a whirl. I did a lot of District 38 racing and took five women’s quad championships out there. We did some NHHA races, we both have championships there. Loved that, but I didn’t feel like I was able to do what I really wanted to do, which was be competitive with all the guys.

That’s where the UTVs came in and leveled the field for me. With quads you have to be strong, and I don’t have the upper body strength of a man, so it made it hard to go for an overall against them. I came close a few times but never quite made it. With the UTV it’s all about driving skill, and I like that. 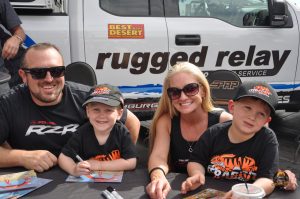 So it’s been since 2016 when I started, so five years now with Polaris.”

USM: How many wins do you have in the UTV?

Kristen: “Oh I don’t even know, I’d have to count them. It’s always on to the next race, the next goal, the next win. For the longest time every single race I finished I was on the podium. I can say that much. Until 2017 when I decided to Iron Woman the Baja 1000, I got sixth in that one. So that stopped my podium streak. Before that I would either have a bad race and DNF or I’d podium. I can say I’ve won everything I’ve raced so far except the Baja 400.”

USM: You guys both have Baja 1000 wins in your own right, correct? 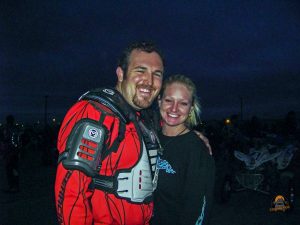 Kristen: “Yes, I only have one so far which I did solo.”

Wayne: “Six, four on quads and two in the UTV.”

USM: Now in Baja, you guys don’t usually share driving duties with anyone else?

Kristen: “No, I don’t, but Wayne does sometimes.”

Kristen: “He gets bored going solo. He falls asleep.”

Wayne: “I do get bored and fall asleep. Sam’s woken me up a few times.” LOL

Kristen: “It’s weird, we’re wired totally different when it comes to that. Whenever I start getting tired I just hit the gas harder and wake myself up with some adrenaline.” 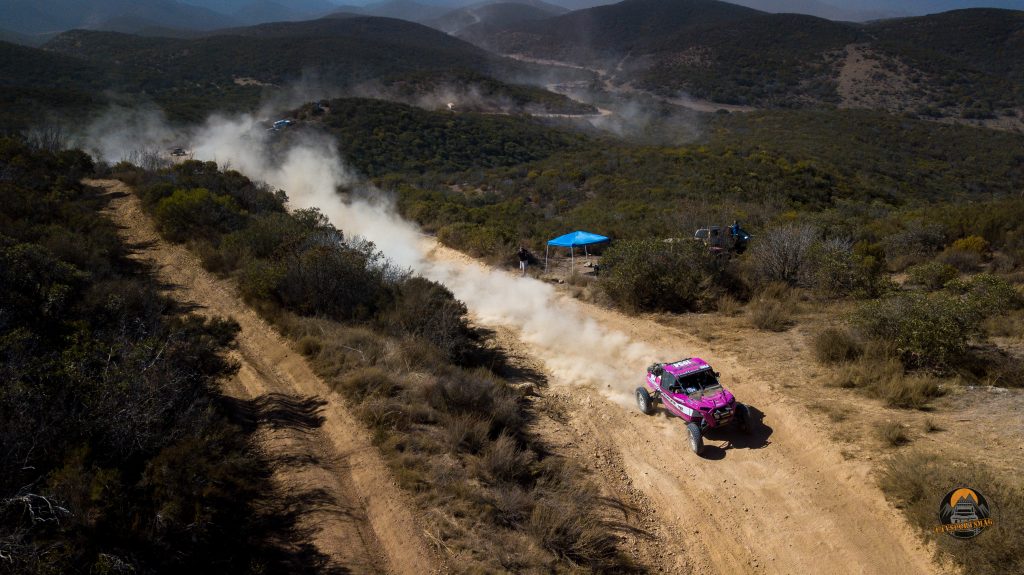 Kristen: “I’m not ready to share driving duties just yet.”

The mother of two may not be able to share responsibilities at the wheel, but she certainly does at life. In addition to work and race, both Wayne and Kristen are incredibly active in their young boys’ daily lives. Even before the pandemic, both Both Wyatt, 11, and Clayton, 9, have been homeschooled for the most part and are as active as their parents, including a budding UTV race career.

USM: How did you introduce racing to your children?

Wayne: “So when Wyatt was born, he was at his first race at 2 weeks old and then Clayton was born 2 years later and at the Baja 1000 at 4 days old. They were literally thrown into it from birth. They don’t know any different.”

They started a long time ago with us with quads and District 38 running around out there. Then they kinda got away from it a little bit when we started racing with Polaris professionally, but then the Polaris 170 was available when Wyatt was 4, and he finally got big enough to see through the steering wheel and began racing them the next year.

At his first UTV World Championships he was this little tiny guy looking through the steering wheel, his brother was too small at the time. Clayton jumped in as passenger the second year, but now they’re both racing and having a great time.”

USM: Are they still racing now?

Kristen: “Yeah. They love racing. Clayton is still in his RZR 170, but is now asking his dad to get the motor built. He’s not quite ready for the RS1 like Wyatt is in now. There’s a big jump between the two. Wyatt is more mature and bigger in size, and definitely has a different personality so we’re comfortable with the move.” 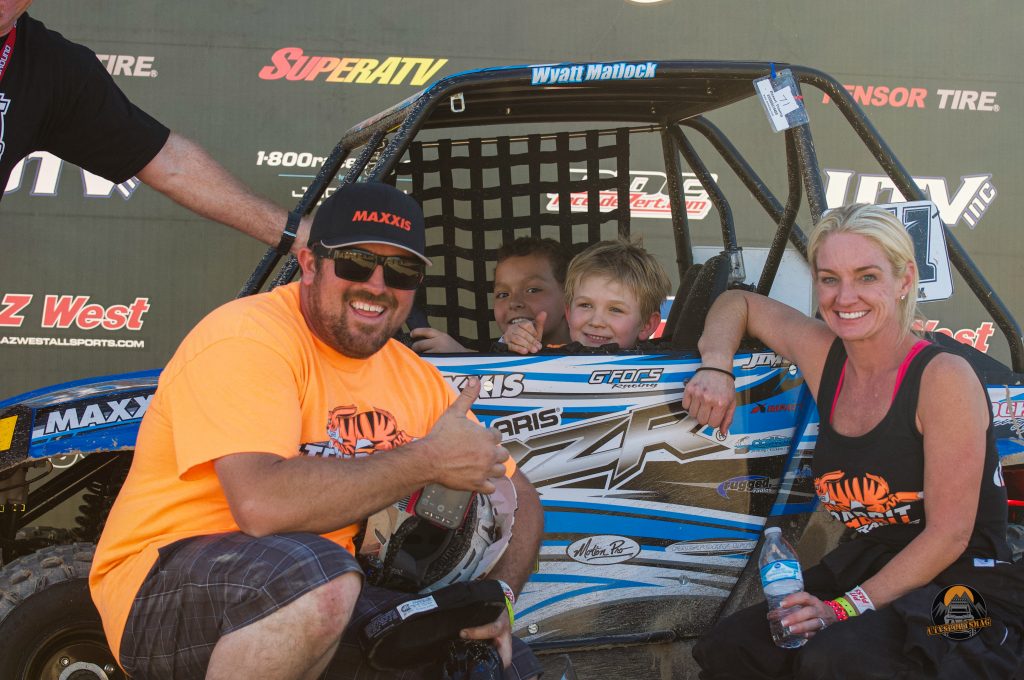 USM: Do they tackle the race prep side of things too?

Kristen: “We try to give them as much responsibility as they are capable of right now. We want them to learn every aspect of it, because we assume they are going to want to have their own race team someday. We are teaching them as they go. They are definitely into it. They like to prep all their stuff, and make sure everything is ready and get parts ordered. They are around all of the things that myself, Wayne, and our mechanic have to do so they see what it takes.”

USM: When you are watching them on the track, are you mom first or racer first?

Kristen: “I am definitely mom first, always thinking about them. They are my babies. But I am like any other mom out there, I get nervous because I’m not in control and they are learning still. I feel more secure with their safety since they are in a RZR and not a bike or quad. We love watching them enjoy what Wayne and I enjoy too!”

It’s clear that Wayne and Kristen have absorbed every bit of their experience on and off the course to put all the moving pieces together. Not only have they learned how to be successful but are sharing that knowledge with their family and team, trusting them to carry on their training. From the foreman at the cabinet shop to the mechanic at the race shop, they graciously recognize that it takes an army to accomplish the results that we see. They hesitantly take the credit, but it’s well deserving – just as much as those checkered flags at the finish line. Viva la Matlocks! 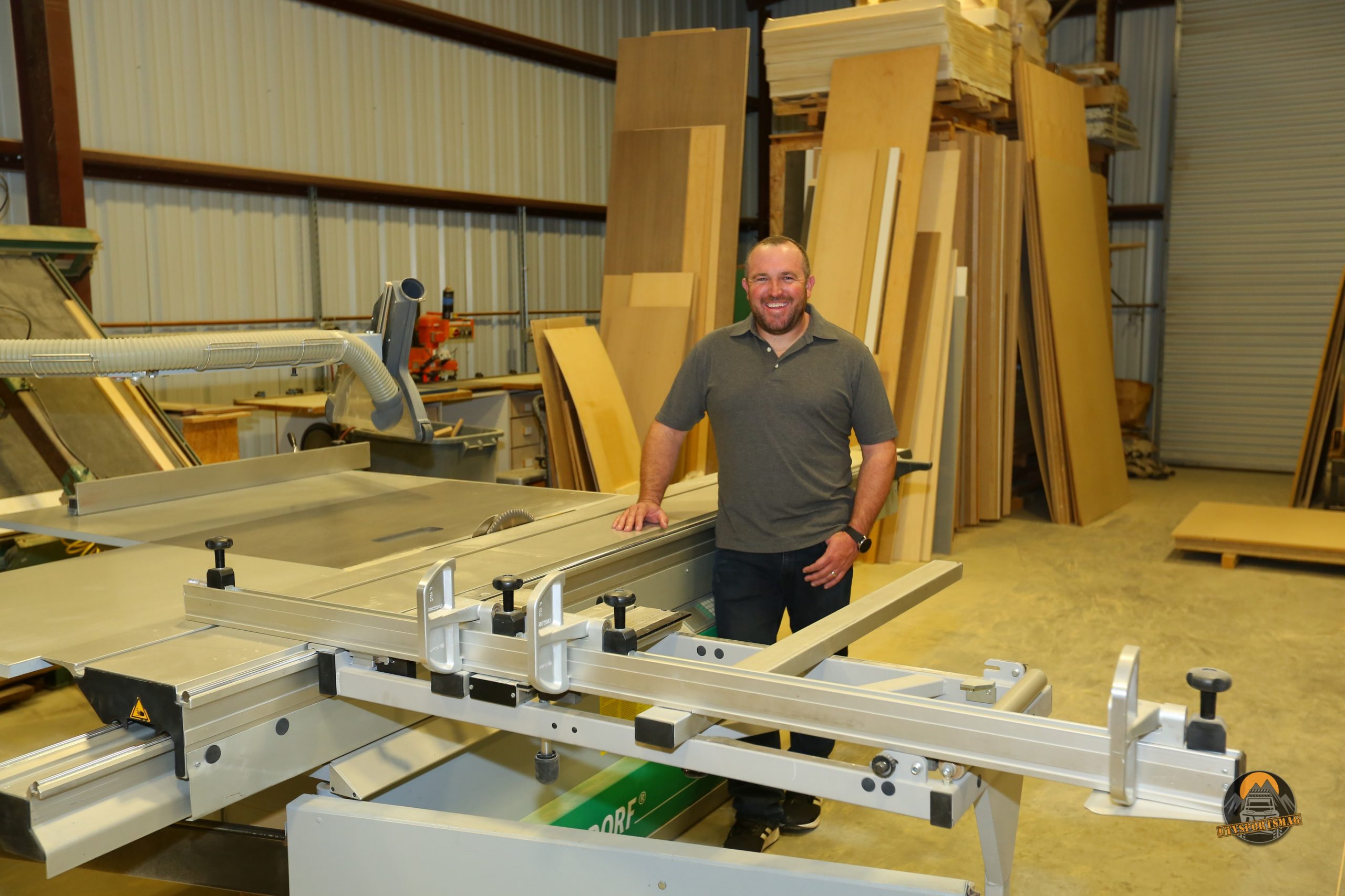 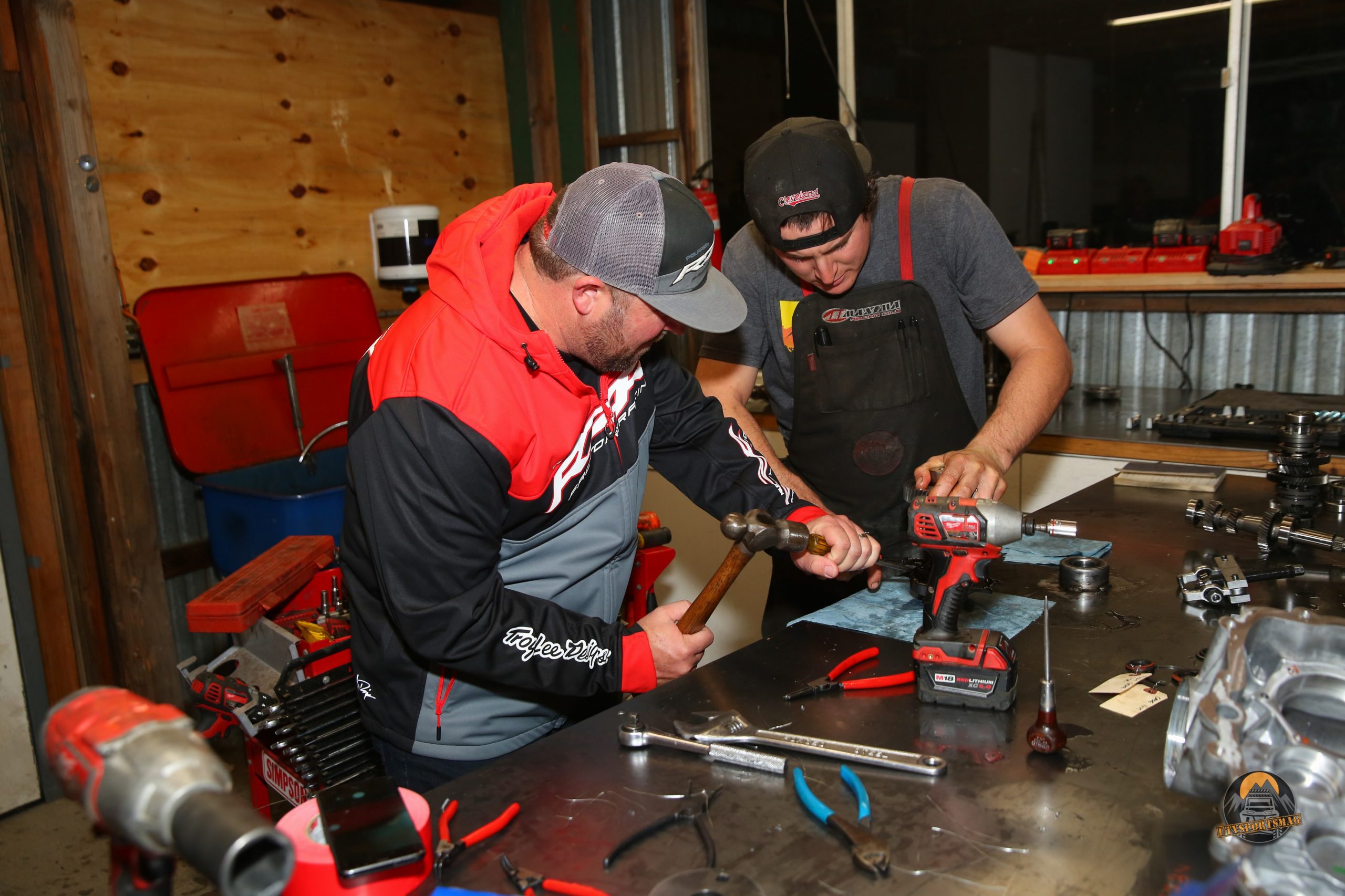 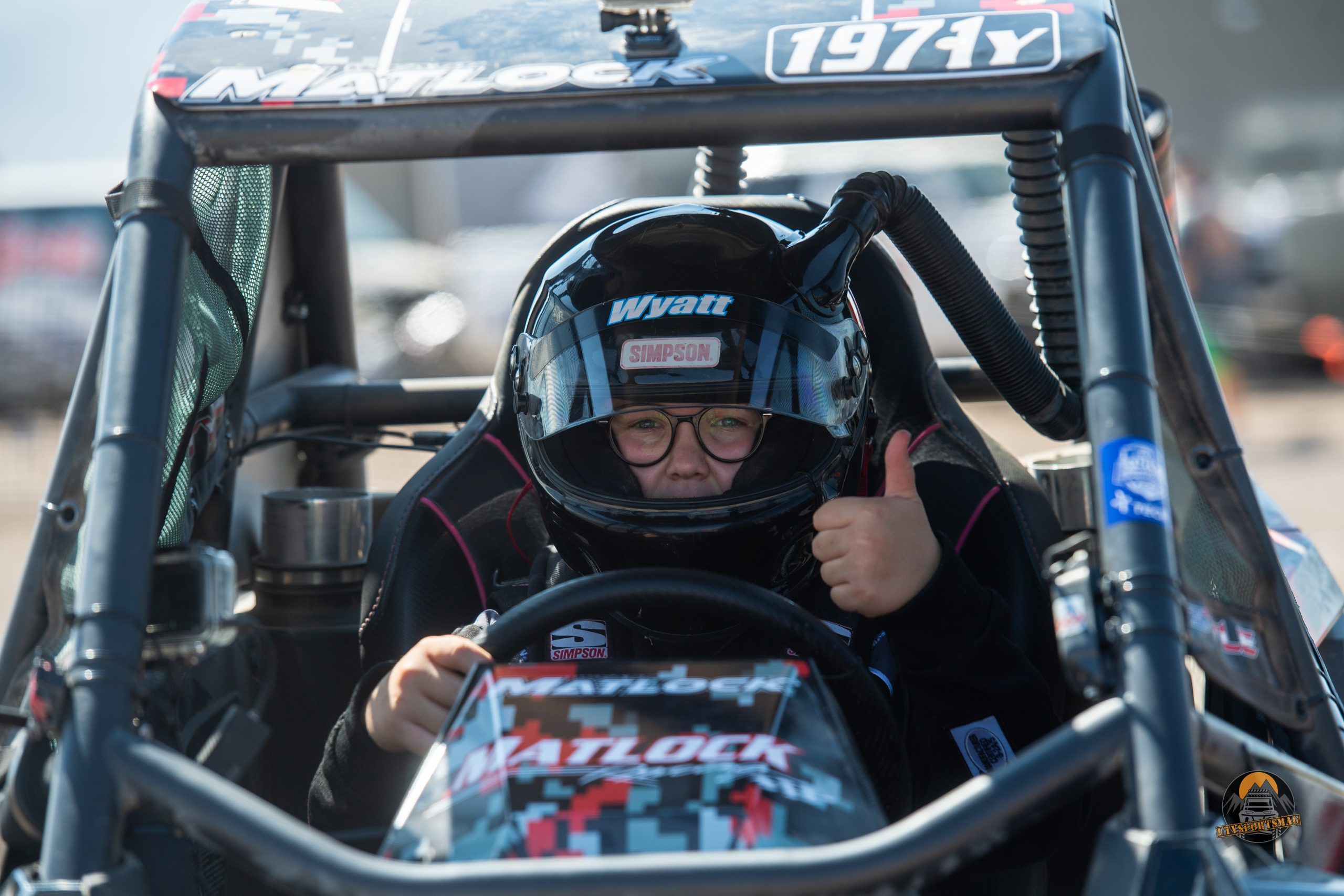 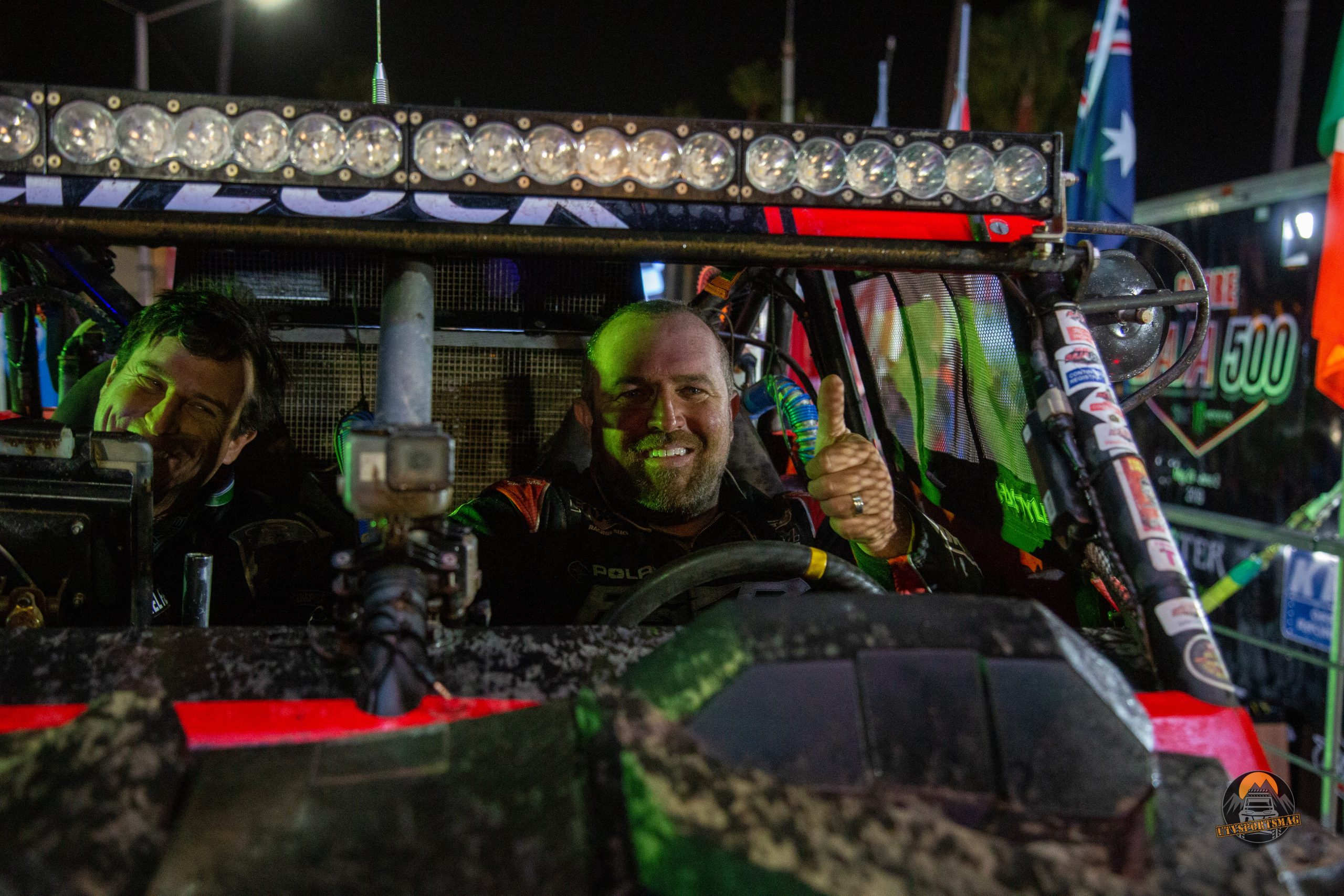 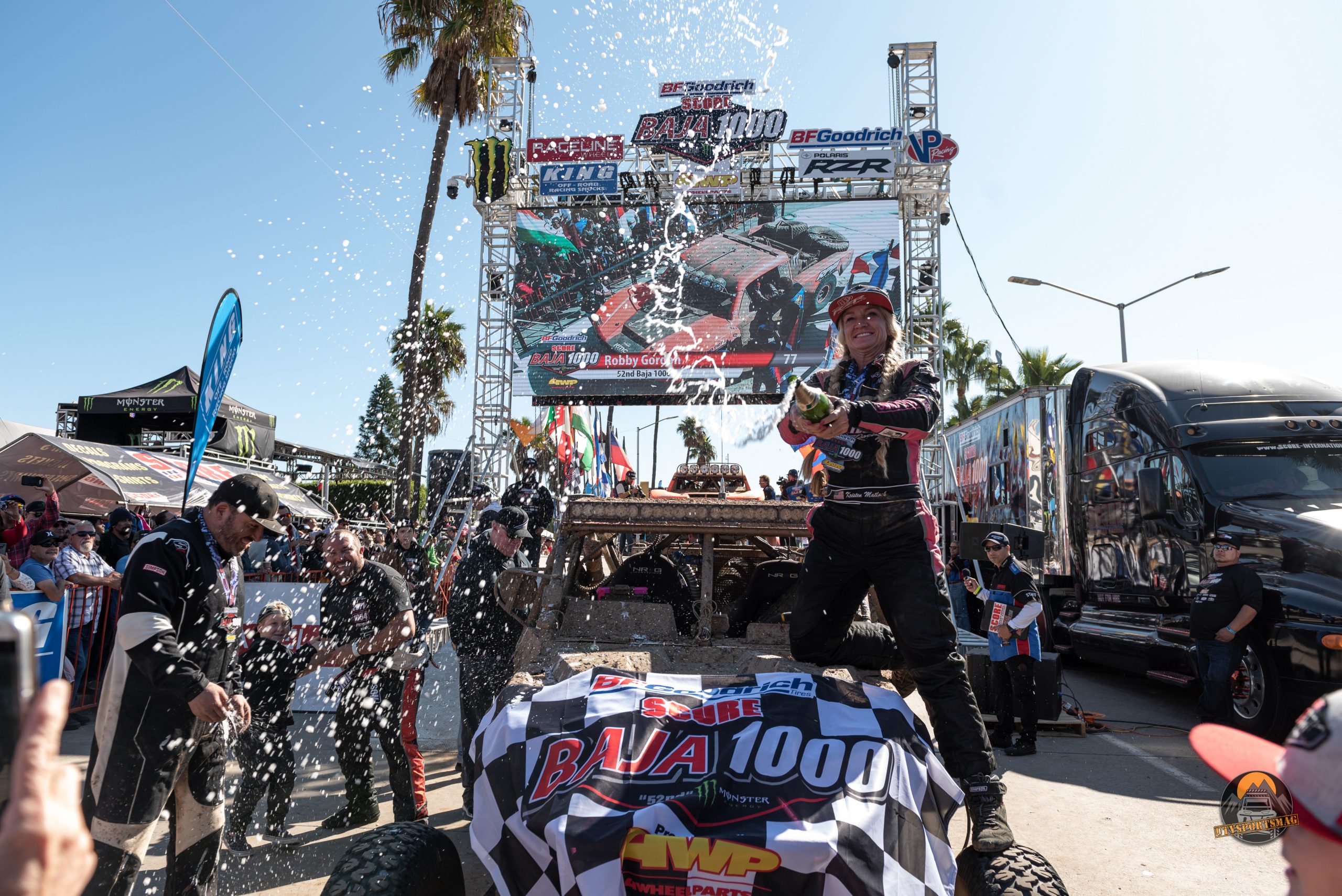 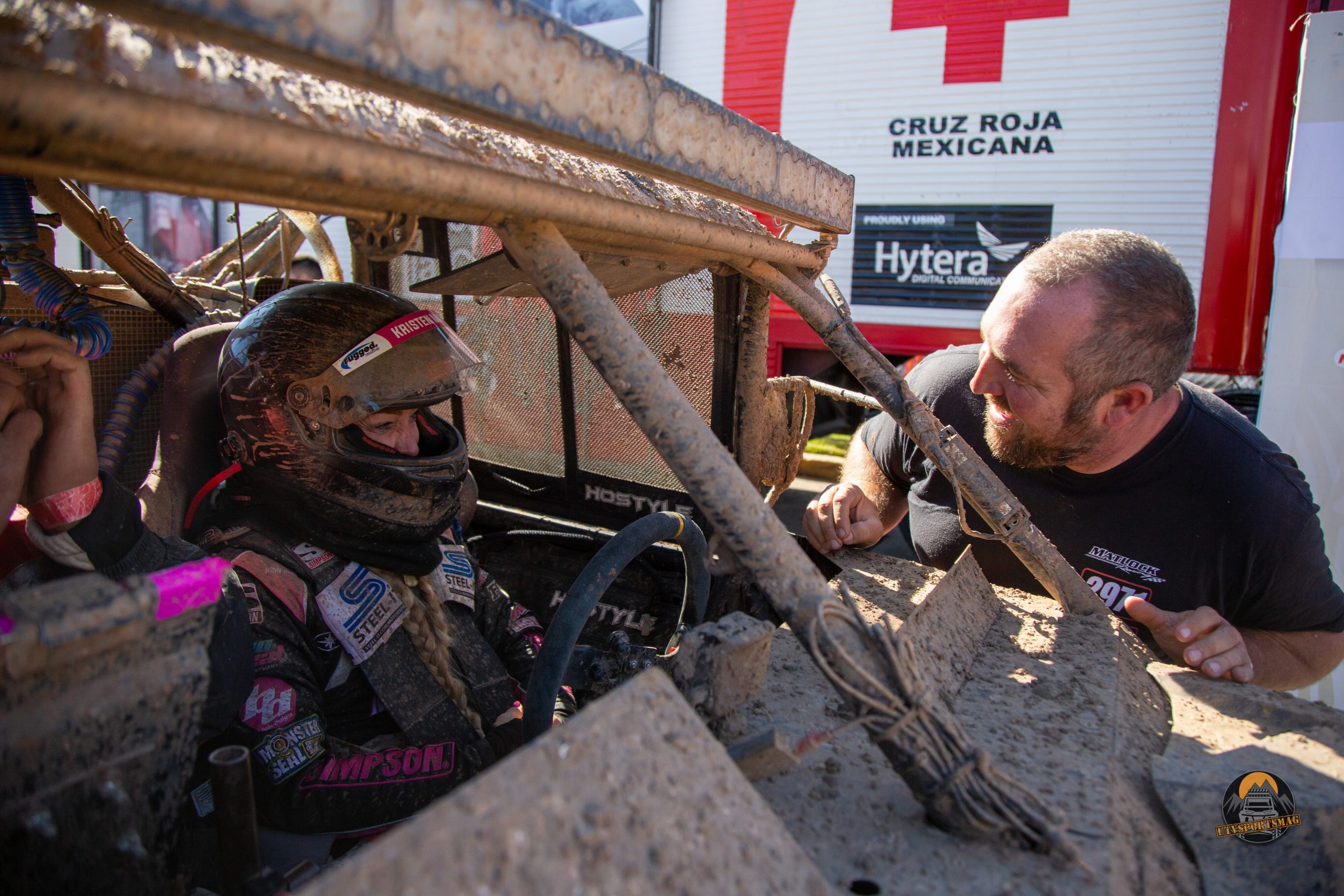