Vanderhall Motor Works, maker of very classy on-road three-wheeled autocycles such as the Venice, Carmel, and all-electric Edison, has announced they will be entering the off-road market with the addition of the all-electric Brawley to their 2022 model line up. This will be Vanderhall’s first ever four wheel vehicle since they started up in 2010, as well as their first ever offering that is even remotely capable of going off-road… Quite the challenge for a young specialty automaker. 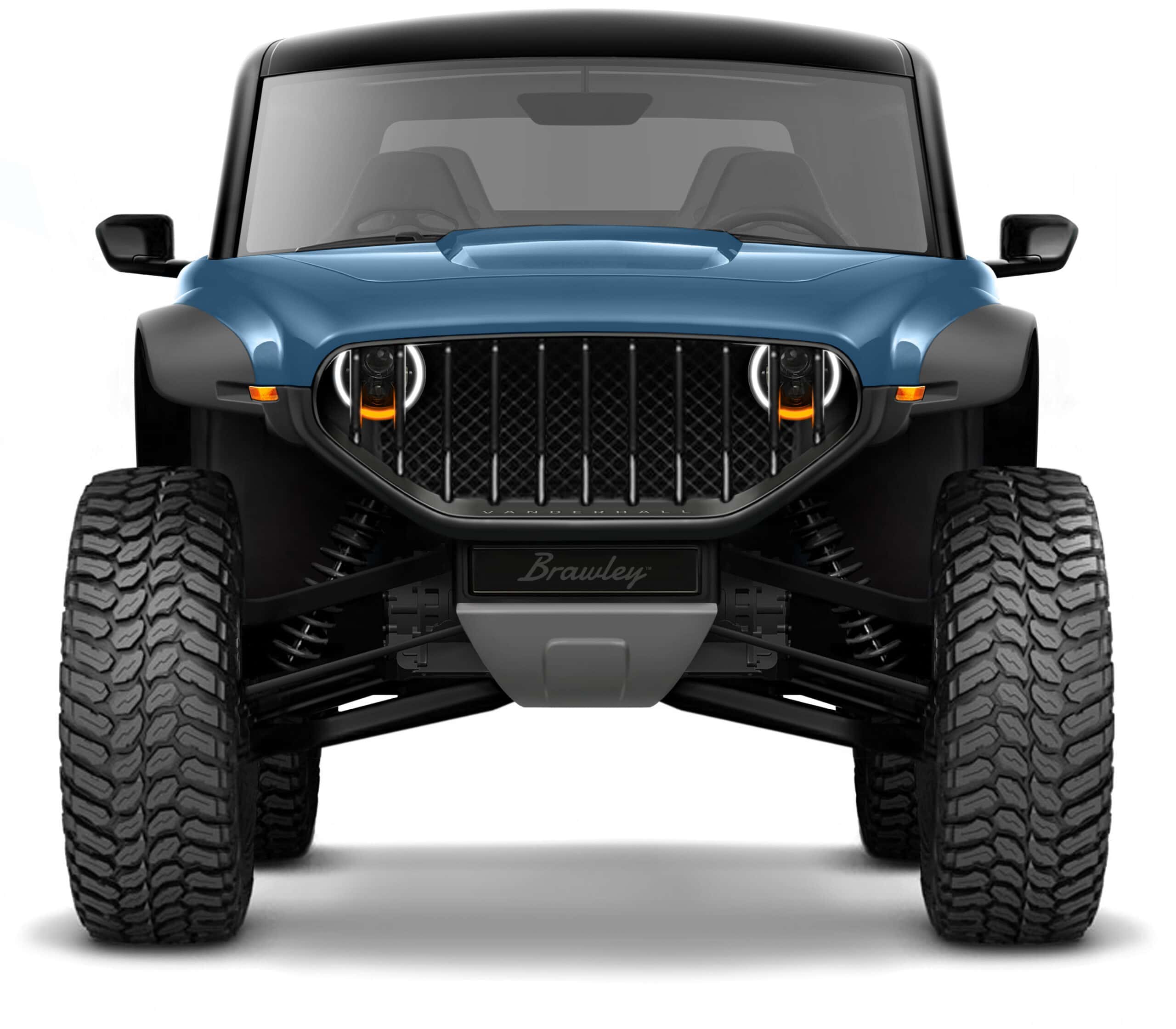 Vanderhall is based out of Provo, Utah however, and there is plenty of real rugged terrain local to them for developing and testing such a machine, as well as many off-road vehicles already running around for them to draw inspiration from. As you can see at the top of this page, they already have a test mule running around the dunes in Utah—which is what spurred me to write this article. Other would-be electric UTV manufacturers have had working prototypes, but Vanderhall is one of the few that have actually sold and delivered vehicles of any kind to customers. 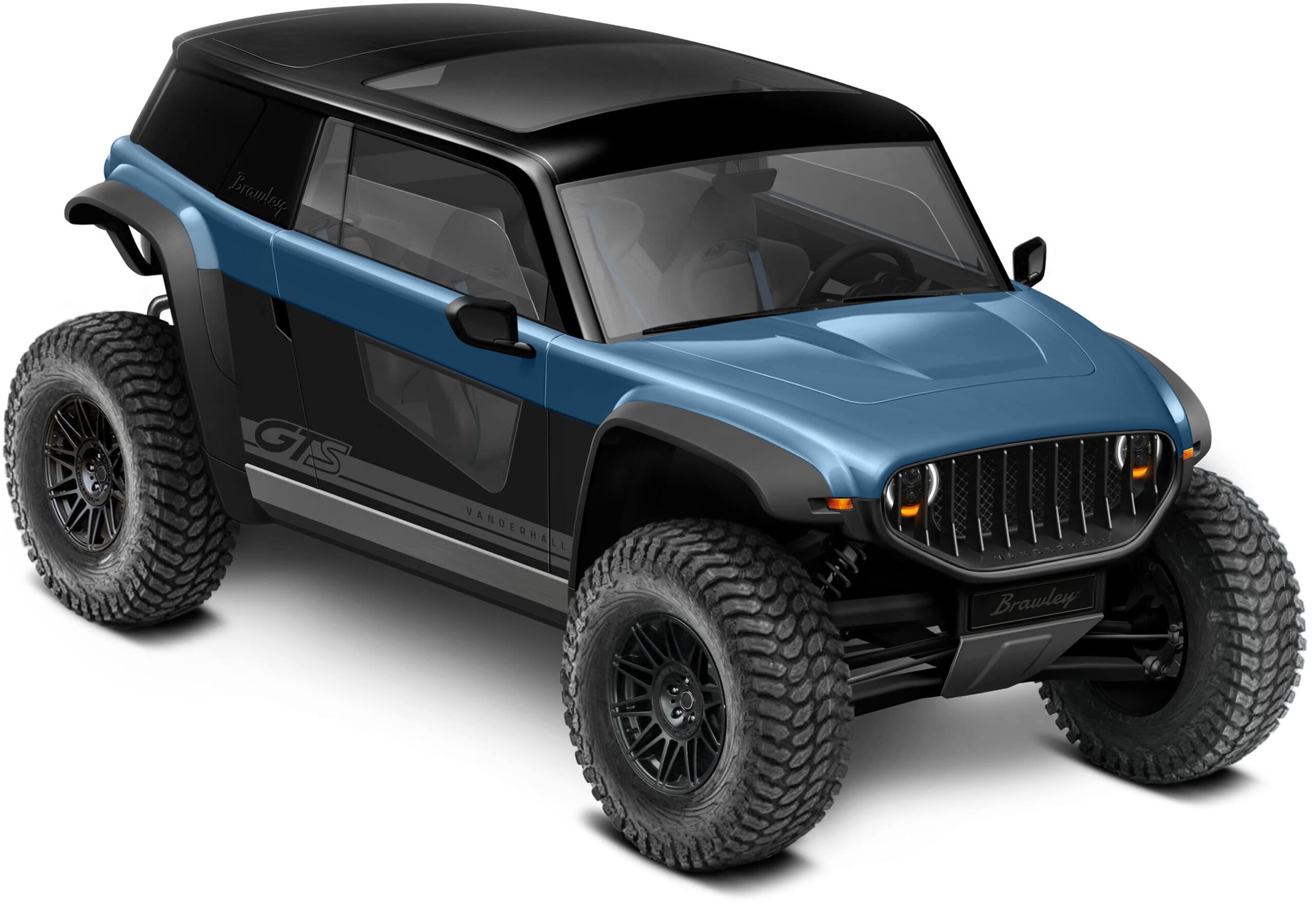 Vanderhall claims the top-of-the-line model variant of the Brawley will fit four adults in a heated, air conditioned, and sealed cabin, while delivering 404 horsepower and 480 lb-ft of torque from its four inboard electric motors. It will have 22 inches of suspension travel from what look to be a-arm style suspension arms and internal-bypass coil-over shocks, while riding on 35 inch tires with 18 inch wheels. The exterior styling is very Vanderhall, and very unique to the off-road market with it’s beautiful rounded body lines, but it does look aggressive and muscular if you ask me. They have not said what the body panels will be made out of, nor have they made any mention of what this beast might weigh. 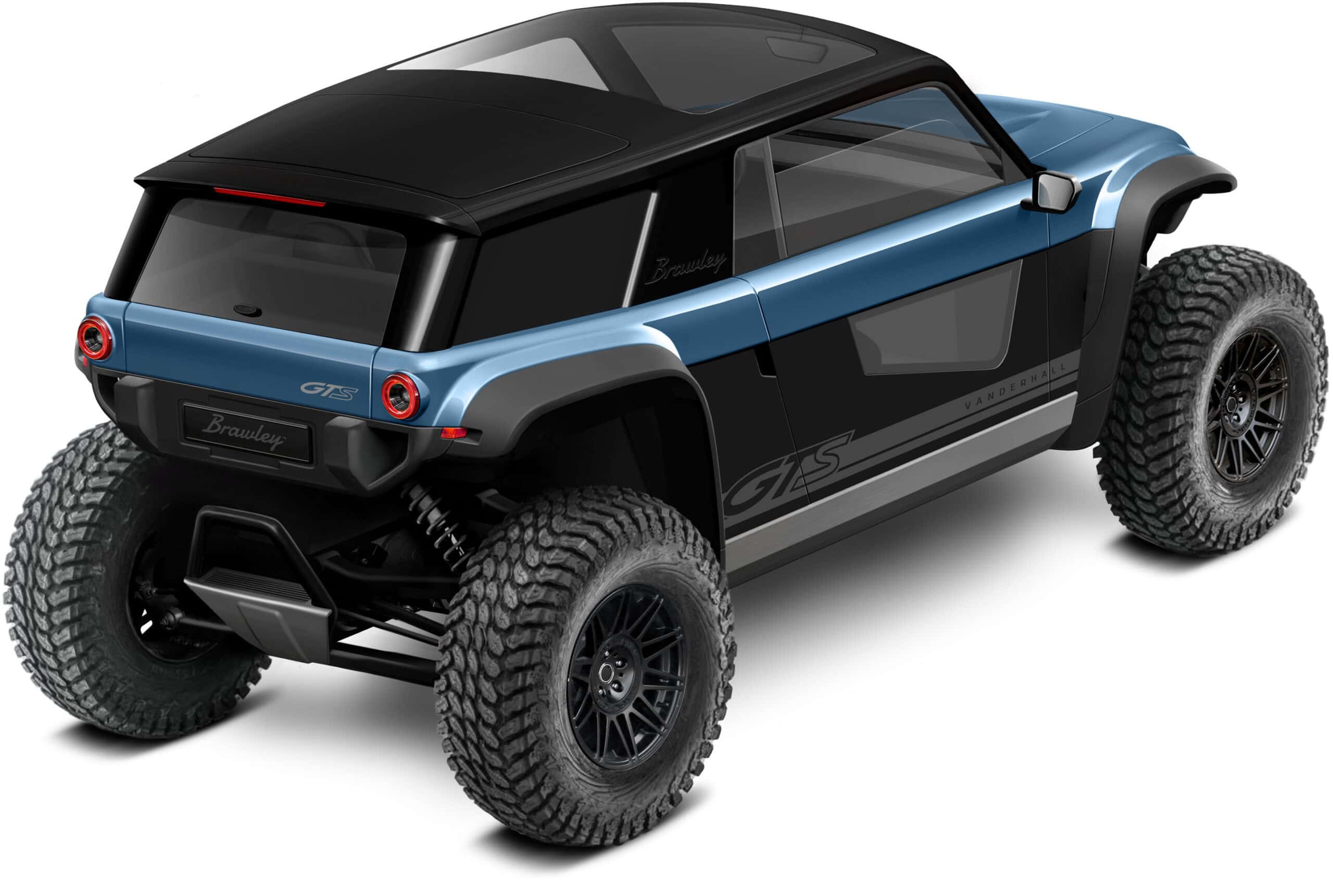 There is said to be a removable roof section, and the interior looks to be simple and to-the-point as a place for driving and enjoying the scenery—which in my opinion is how it should be on an off-road vehicle. The Brawley shares the same spartan simplicity with their on-road autocycles, however is a bit more elegant in the design itself. The doors feature a see-through panel to aid in low-speed visibility when rock crawling or navigating tight terrain, there’s a line of simple switches in the center of the dash, and the gauge cluster looks to be similar to the one in the Edison except for the left gauge pod being replaced with what must be the ViDAR display… although there’s not yet any explanation of what ViDAR is. 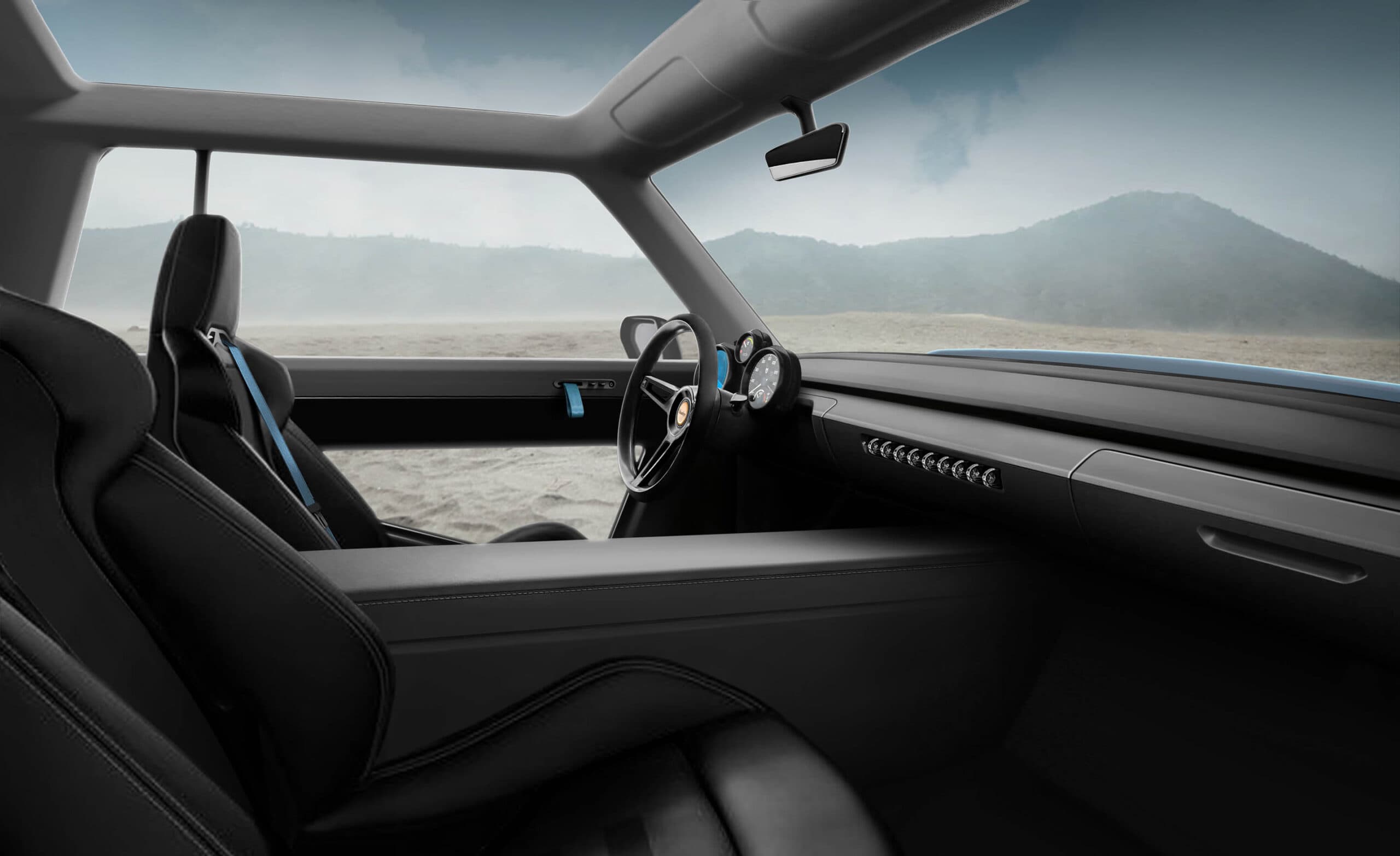 Vanderhall says the Brawley will be available with either a 40 kWh or 60 kWh NMC battery pack that feeds the 300 volt powertrain, but they don’t specify which pack will deliver the estimated 200 miles of range. It’s most likely the larger 60 kWh pack when compared to on-road electric vehicle offerings, and that’s a pretty generous estimate. Regardless of range estimates, actual range off-road can vary wildly due to different terrain types and driving styles so it’ll be interesting to see what the real-world numbers end up being.

It’s great to see Vanderhall testing in the dunes, because that should give them a good worst-case scenario on range due to the power-robbing nature of sand. Heat management will also be a factor, but NMC (or lithium-nickel-manganese-cobalt) battery cells are supposed to have to lowest self-heating rate of all currently used battery chemistries. This is in addition to being one of the most cost effective battery cells with high energy density. Charging will be handled by either an on-board 6-kilowatt charger, or an available DC fast charger that’s said to replenish 80% capacity in under one hour. 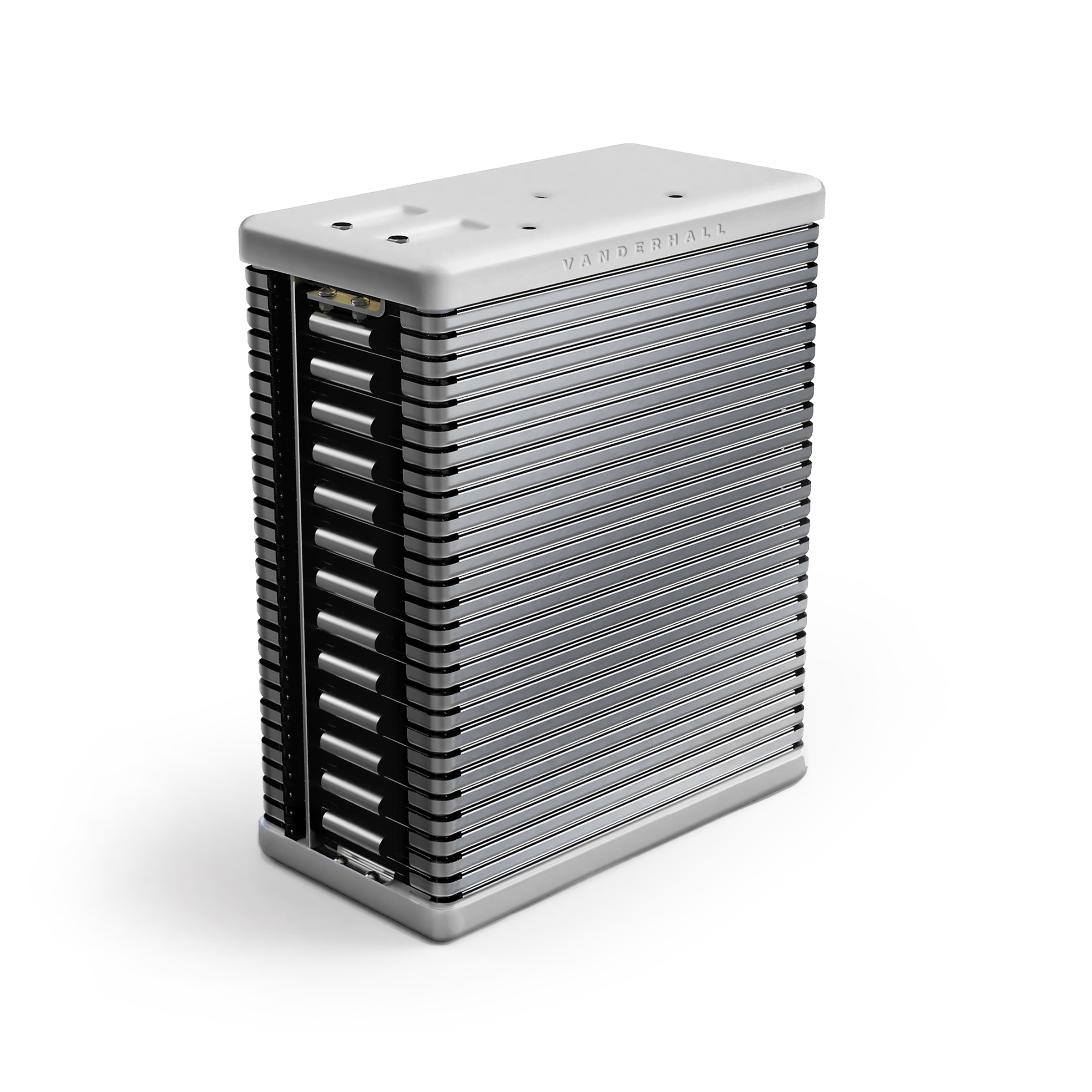 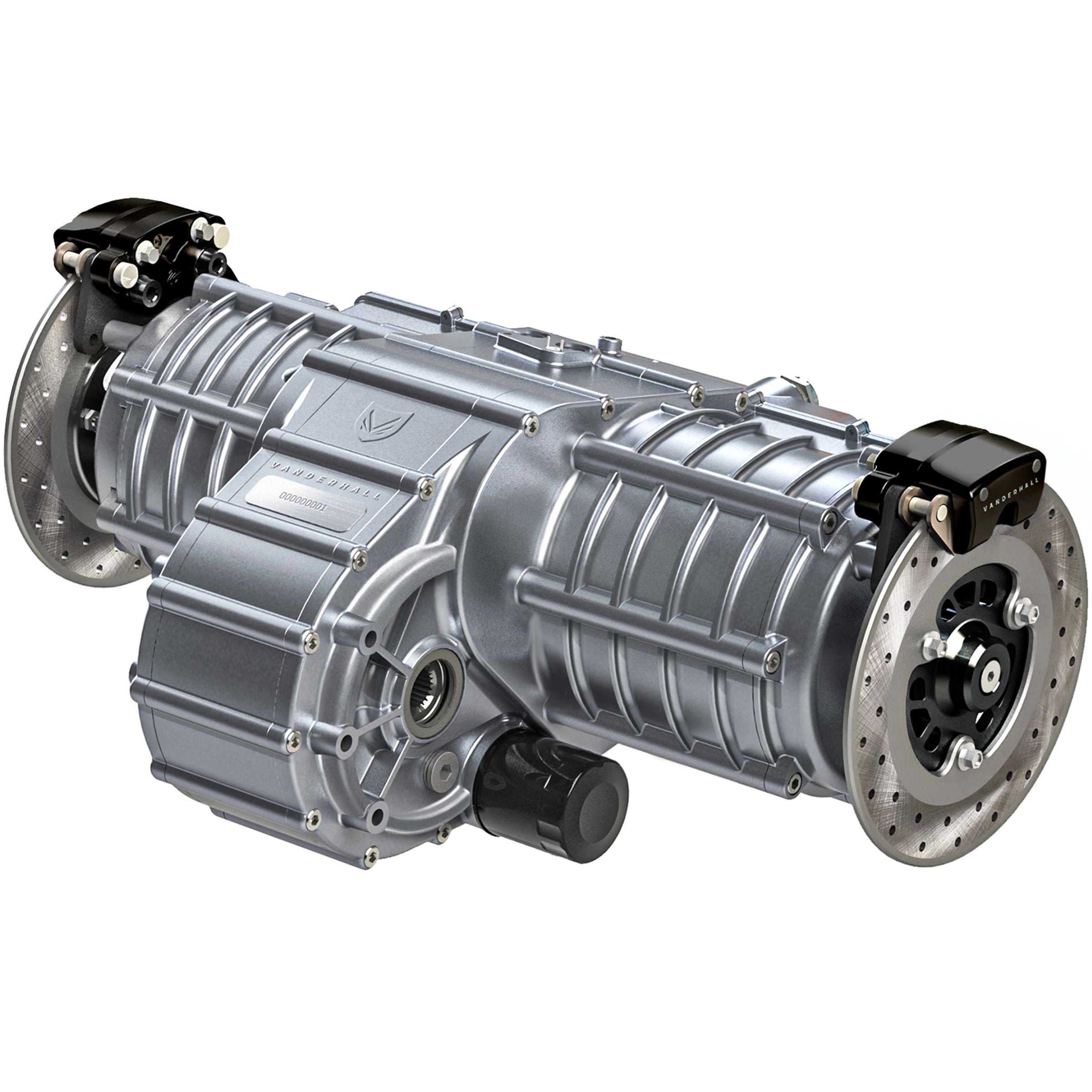 The drive unit of the Vanderhall is said to be a self-contained unit with motors, inverter, geartrain, lubrication system, and brakes all in one housing. From the looks of the rendering, it seems there would be separate front and rear drive units sending power through CV axles to each corner, with the two motors inside being individually controlled for enhanced traction and maneuverability—this has proven to be effective on other electric vehicles especially when combined with four wheel steering. They also claim that the use of advanced lubricants and materials will grant up to 10-years of zero maintenance for the power units… a far cry from current UTVs.

The small brake discs and calipers hanging off the ends the drive unit suggest that Vanderhall will lean heavily on regenerative braking for a large percentage of braking performance. This should help out the Brawley’s range, as well as having the benefit of reduced unsprung mass at each wheel improving suspension sensitivity. They say the Brawley will feature “a proprietary ABS braking system”, so it will be interesting to see how this all works together. 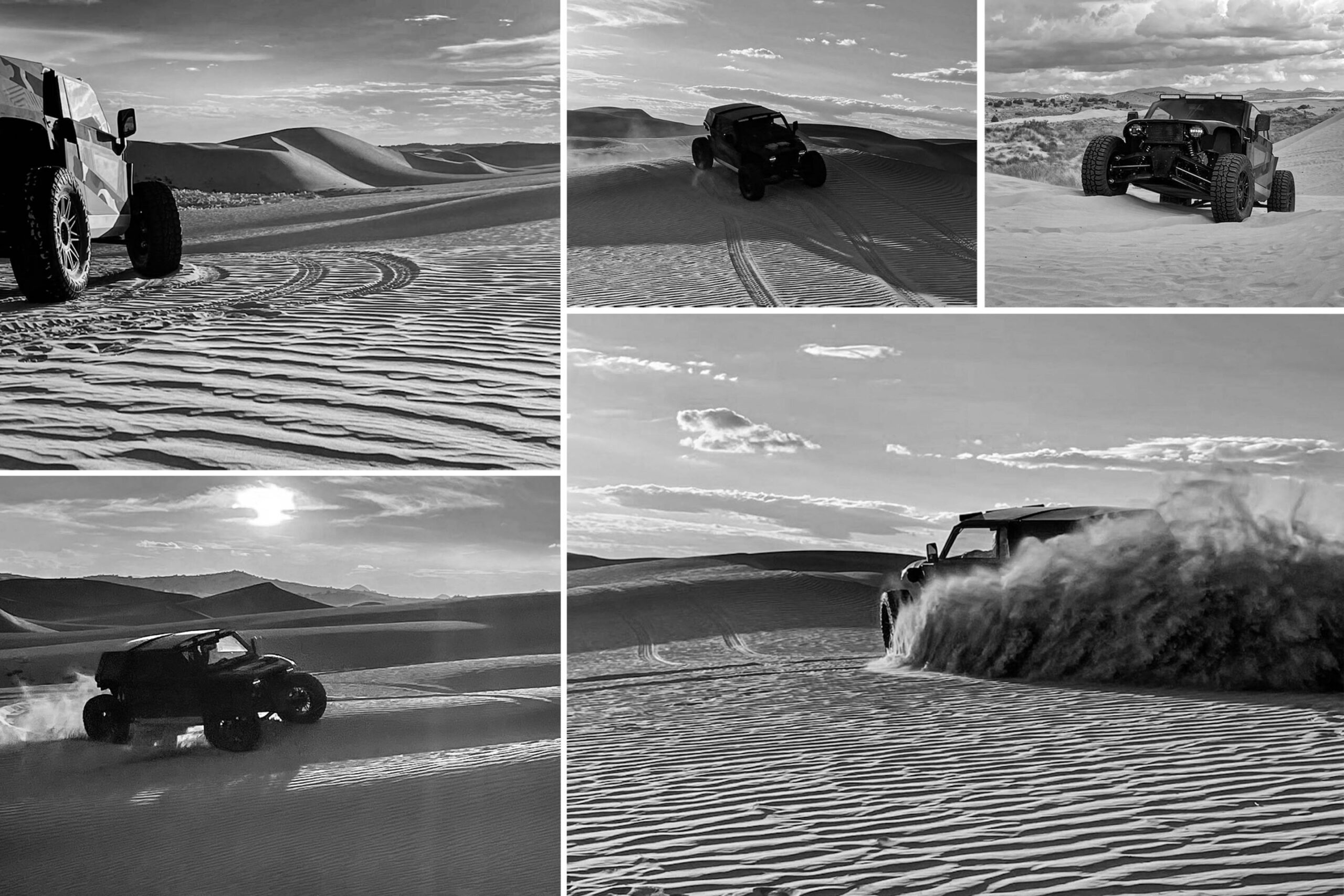 All in all, the Vanderhall Brawley looks to be a capable (and comfortable) electric UTV that has a pretty good chance of actually being delivered to buyer’s hands. All of the claimed specifications seem realistic and achievable, and they’ve proven to be a manufacturer that can actually deliver vehicles to their customers as they already have a small established dealer network. There are numerous review videos of their new all-electric Edison autocycle, so that shows they can produce a running electric vehicle as well… but the demands of an off-road vehicle are much higher than that of the on-road variety.

Vanderhall produces all of their vehicles in Provo, UT, and they claim to be doubling the size of their facility to make room for Brawley production. Hopefully we’ll be able to lay our eyes, and our lenses, on one of these new electric 4x4s sooner than later, and just maybe you’ll see one cruising the trails near you. Check them out at vanderhallusa.com, they plan to start taking reservations on 7/15/2021 but no word on pricing just yet…